Behind the scenes at the (British) Museum

Not really, but I like the reference. Rather than endure a sticky day in the office in The Dark Place, I high-tailed out of this hick burg for the bright lights of London, where I met every single Italian and a good proportion of America's finest.

Amongst other delights was the British Museum. It's enormous, so I only had time for the medieval exhibits - I particularly wanted to see the Lewis Chess Pieces, found on the Isle of Lewis but made (from whalebone) by Vikings in the 12th century. They're spectacular - the pawns (as they represent the peasants) are featureless blocks, but the important pieces are full of life, particularly in their facial expressions.

I'll say one thing about the British: they looted the world with industry and taste. The rooms - for any tourist - are like one massive crime scene.

I took a few pictures, but glass cases and no flash makes things difficult. Here are a few - click on them for bigger versions. The rest are here. 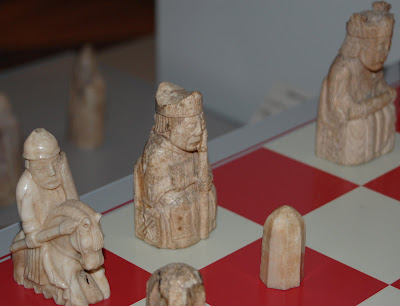 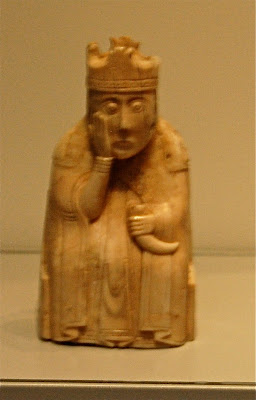 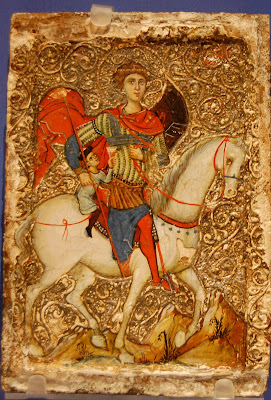 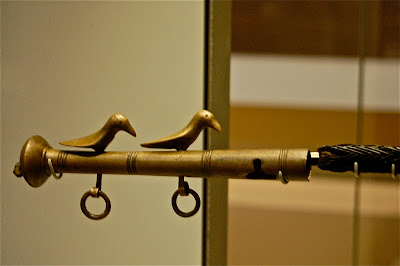 Detail from a Celtic skewer 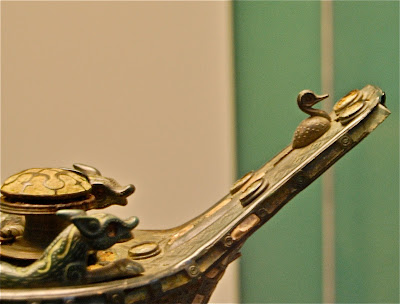 Celtic jug - the duck 'swims' on the wine when it's poured. 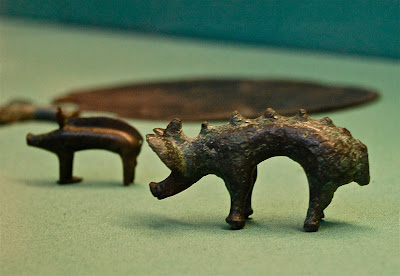 Celtic pigs.
Oh, and I had a Brazilian, which was a revelation. Such smooth textures. A really sensual experience. I'd recommend it to anyone.

We would like to remind you that the ban on jokes about our client, Mr Peter Mandelson, is still in force. Your remark, "Oh, and I had a Brazilian.." is in clear breach of that ban.

Your academic status will not save you from the full legal consequences.