Good afternoon all. I'm sitting in the office wondering if anything's happened this week and realising that actually, quite a lot has been going on.

The best bit was a trip to London: two days in Gilbert Scott's resurrected, excessive and amazing St. Pancras Hotel where the Victorian Gothic splendour comes with cocktails containing croissants (yes, really and by the way the Spice Girls' 'Wannabe' video was filmed there too, pop-pickers).

This was to go to the ornate, plush Edwardian Noel Coward theatre to see, incongruously, Martin McDonagh's scabrous Irish terrorism comedy The Lieutenant of Inishmore starring one Aidan Turner, whose pectorals you may recall from Poldark (or indeed the dreadful Hobbit films). Never having seen Poldark I wasn't that bothered about his thorax but the play was wonderful – really tightly scripted, packed with the darkest of jokes and ending with a feline and human bloodbath.

One or two of the specific historical references weren't quite as offensive as they would have been when the play was first performed 20 years ago, but there was still plenty to make the audience gasp. There was also a distinct difference between the English and Irish audience members' reactions to some of the darker gags, which reminded me of seeing Hunger a few years ago.

Otherwise this week I've been seeing students as they prepare for the next academic year, trying and failing to get the right access to our VLE so I can set up the courses I'm teaching, catching up with some colleagues and saying goodbye to those being shelled out of the place by the vicious know-nothings who run it, reviewing a book proposal for a university press, writing up my video games conference paper for a magazine, failing to find out how many – if any – students we've recruited this year and generally just getting into the swing of things once more. I've found yet another politician novelist and poet: the 3rd Baron Gorell. Is is stuff any good? No idea…yet. Talking of which, I got hold of the new British Library Crime Classic edition of Ellen Wilkinson's The Division Bell Mystery: she was the crusading Labour MP famous for her part in the Jarrow Hunger March, and who died in sad and mysterious circumstances. She wrote two novels, Clash and this one: Clash is seriously good, while The Division Bell Mystery is hugely interesting for its even-handed politics and its use of the detective genre to explore the political social structure. The British Library have done a lovely job with the reprint, and the introductions by Rachel Reeves MP and Martin Edwards are very good indeed. I'm just annoyed I paid £90 for my slightly tatty first edition because I didn't know a new one was coming!

I've been reading a few things for pleasure too - I whipped through Hugh Howey's feted but actually quite hackneyed Shift the other day. It's the second in his post-apocalyptic Silo trilogy (the City of Ember kids' series does a similar concept more entertainingly). Decent idea, written in a very pedestrian style: mildly diverting, and hampered by an inability to write women at all. I enjoyed Melissa Harrison's All Among The Barley an awful lot more – it's a novel about the social and political condition of the English countryside in the interwar period, narrated retrospectively by a teenage girl undergoing a psychotic episode. I did wonder whether interweaving the adolescent mental health and puberty issues with ominous political developments and a family saga, plus a huge amount of farming and nature material was a bit too much to do justice to each aspect. There's a considerable amount of purple prose and a profusion of strands meant that the ending felt a bit facile, but it's a meaty, intelligent and thoughtful book that will definitely withstand re-reading. Now I'm back to Muriel Spark's slight but entertaining Territorial Rights which I temporarily mislaid when I started it last month, and Gillian Darley's Villages of Vision. A couple of years ago we sponsored her relaunch of this overlooked classic at Birmingham Literature Festival, and I bought it then. It's essentially a gazetteer of the 400+ model, utopian, company, communal and experimental villages scattered across the UK, some of which maintain some vestiges of their founders' purposes. I'm really keen on fostering some awareness of Britain's radical and contested history, partly because my students have been so badly failed by an education system that teaches only English aristocratic triumphalism. Two who came to see me this morning were stunned to discover that Ireland, Scotland and Wales have their own languages, and were shocked by my revelation that they were suppressed by the British state. Peterloo, Toldpuddle, the General Strike, Suffrage, Invergordon, the Civil Wars, 1916… if mentioned at all, they're presented as uncouth ingratitude on the part of the oiks. I'd like to persuade them that the peoples of Britain have a proud history of resistance, independence and progressiveness that can be unearthed without too much effort, and Villages of Vision is a dream for that purpose.

And with that, I'm off. Setting up the Shropshire Open fencing competition tonight, and offering myself up as easy pickings to the youngsters who've entered the foil event tomorrow. I know I'm going to regret this…
at 15:52 No comments:

Hello all. I've been back from my holidays for a week now, and I would like to tell you that it's great to be back. But that would be a big fat lie because I'm back to a stream of mealy-mouthed emails from management announcing the redundancies of good colleagues and the continued takeover of academic leadership by people who have literally never taught a student or done any research.

I have had a good holiday. I went to a conference on the way: the North American Association for the Study of Welsh Culture and History in Bangor. It covered philosophy, language, music, literature, art, economics and human geography and much else besides. I tried to go to sessions outside my immediate field, and to postgrads' papers on the basis that a) the young are there to be intellectually preyed upon by fading has-beens like me) and b) they might like the support and appreciation of a decent turnout. I went to a lot of presentations, missed lots I wanted to hear I especially enjoyed Jessica George on Mary-Ann Constantine's wonderful novel Star-Shot, David Lloyd on New Directions (the American periodical which supported lots of Welsh poets), Catriona Coutts on Germans in post-war Welsh literature (essentially viewed as nicer than the English), Emyr Glyn Williams's freewheeling exploration of Y Naid, a philosophical perspective informed by the primacy of the Welsh language in Welsh culture (Emyr also founded and owns Ankst records, which received all of my pocket money in the 1990s and beyond), Katie Gramich's keynote on camouflage, Dorothy Edwards and Rhys Davies – I can't laud Edward's novel and short story collection enough – Daryl Perrins' analysis of Welsh TV comedy, which started the usual arguments around language and included the claim that there aren't any urban working-class Welsh-speakers, Andy Webb and Seth Twigg's superb analyses of RS Thomas's poetry (the early days for Seth, the influence of Edward Thomas for Andy), Diana Wallace's discussion of how Chris Meredith writes about work, Poznan University's Marta Listewnik doing an amazing analysis of phrasal verbs in Welsh literature and speech, and a virtuoso reading by Ceri James-Evans (an MA student) of Gwyn Thomas's slippery use of deixis - particularly 'that' in Oscar.

My own paper was on Celts and Celticism in video games - something that hasn't been looked at in detail before. I think it went quite well - there was a lively discussion, some people had played the games I talked about, and a magazine has invited me to write a piece based on it, which is very nice.

After that I dashed over to Ireland for a family gathering: a ferry journey, five hours in a hotel then the 7 a.m. train to Co. Kerry for mass and a glorious 50th wedding anniversary celebration (no, not mine) which lasted long and loud. There followed a couple of weeks of reading, crosswords, the occasional day trip (including to the Burren, an otherworldly geography I'd always wanted to see, culminating in the famous Puck Fair and an encounter with some very relaxed hares. I did almost run out of books but eked them out sparingly. If you're interested, I read Nick Harkaway's Gnomon (bold, some lyrical passages, thought-provoking at a sixth-form philosophy level but unjustifiably overlong), Emma Donoghue's Frog Music (enjoyable and very moving Sarah Waters-esque neoVictorianism with a couple of superb characters), Antonia White's The Sugar House (beautifully written and heart-breaking, but perhaps too retro-Catholic for contemporary, secular readers), Nancy Mitford's Highland Fling (Wodehousian giggles plus some sharper observation of human psychology than PGW assayed, highly-recommended), Armistead Maupin's Further Tales of the City which I had to buy again and have delivered mid-holiday because I lost it somewhere along the way (always like the characters particularly Mrs Madrigal, and the advent of the 1980s is done beautifully, but the Jack Jones plot didn't work) and finally Schlink and Popp's Self's Punishment which I didn't like very much. Decent plot, and the aged detective's frank admission of his Nazi past was good, but he felt like an old man's fantasy: cocktail-drinking lecher keeps attracting younger women to his bed. Since I got back I read Tracey Matthias's Night of the Party which wears its good politics on its sleeve but doesn't do much else, and Paul McAuley's eco-SF Austral, which worked very well and neatly incorporates a retelling of Tristan and Isolde. Next up is Melissa Harrison's All Among The Barley, of which I've heard good things.

Anyway - here are some of my favourite snaps from my holidays. You can see more here. 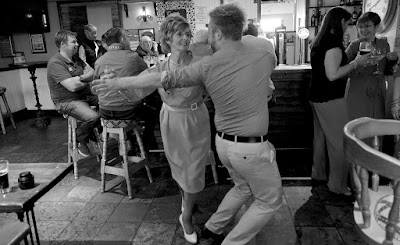 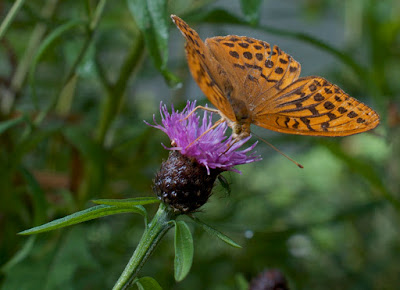 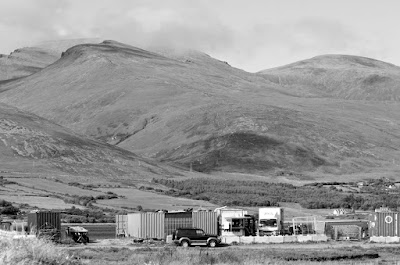 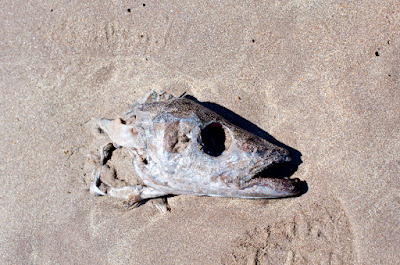 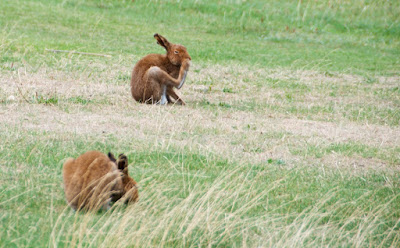 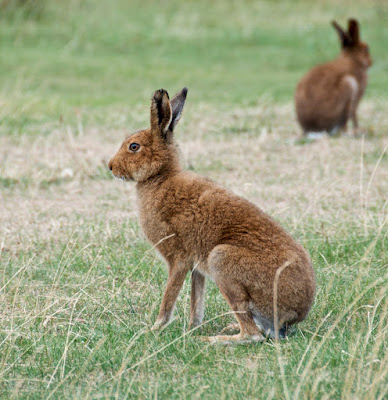