Good afternoon all.
I'm about to leave the office for 11 days. I've emptied the bins of all the rotting confectionery, fed Toby the Sapient Pig and got through most, though not all, of the marking. I'm going home with a manuscript to review for the Welsh Books Council/Cyngor Llyfrau Cymru (thanks for the homework, Clare) and a pile of books. At least one of them will be Ballard's Cocaine Nights, the last text on my MA module, and Angels in America, which I'm adding to my first year drama module, Making a Scene. I had quite forgot what an enormously long play it is to be honest. No doubt I'll take some other books home, but what they'll be I don't yet know. If I get enough ironing and wrapping done tonight I'll take a wander through the Room-and-a-Half of Unread Books.

Then it's off to the ancient family seat for my annual bout of illness, occasioned by being in close proximity to six of my eight nephews and nieces, and several of my siblings, all of whom bring exotic new bacteria home just for me.

As interlude music, I'll leave you with some of my favourite discoveries of the year: work by Pauline Oliveros. Experimental drone accordion: pretty much my idea of heaven. And so festive.

Happy Christmas. See you in January.
at 16:34 No comments:

OK, seeing as all the posh newspapers do it, here's a semi-comprehensive list of all the books I've bought this year (in reverse order as that's how my Librarything page does it), with an opinion if I can remember them. I've read other things too: these are just the year's purchases.

It's taken so long that I haven't time to add links, but I will on Monday.

Just another week in Paradise

I know I'm getting old, bitter and tired when I try to remember what I've done in the increasing periods between blog posts. Sometimes the witness statements fill in the blanks in my memory, and CCTV is a great help, but for the most part, life is a series of fleeting impressions: the hard edge of the desk meeting the relentless spread of my flabberguts; a never-ending series of tweets, likes and replies to emails; cycling shoes by the bed because I get home and realise there's little point getting changed before slipping into the waters of Lethe. Marking - endless marking.

Reviewing my diary though, I realise that good things are happening all the time. I've seen old friends, been to gigs, held a conference and had some fantastic times in class recently. Twice this week I've lectured on texts and then had students make observations that have made me re-think my understanding of them (the students and the texts!): on Paradise Lost and on Oranges Are Not The Only Fruit. I don't teach the first-years until next semester but the 2nd, 3rd and MA students are all a delight to teach and I'm learning a lot from them, which is how it should be. Next week is the last one  - the MA students are getting Ballard's late works (Millennium People and Kingdom Come) while the 2nd years are having Cory Doctorow's Little Brother and Pahlaniuk's Fight Club. I will confess now that late Ballard is intriguing without feeling as formally adventurous as mid-period Ballard, Little Brother is politically radically while being a very bad novel indeed – download it for free here: Doctorow is a staunch foe of copyright – and I thought Fight Club was interesting until the twist, which I worked out very early and decided was a cop-out. I should further confess that Fight Club is on my list of Very Popular Films People Bored On About That I've Resisted Seeing. The same goes for Trainspotting and Pulp Fiction. I'm exactly the right age for every one of my fellow students to have had the poster on their walls as though it made them edgy and radical. Having endured one wide-eyed, evangelical, stoned exposition of their genius too many, I vowed never to see them even if they're every bit as good as my bohemian friends insist. I doubt they're as good as South American George anyway.

So anyway, the other thing that happened this week was a conference on the theme of Unshared Futures: Four Nations Literary Studies in a post-Brexit age. My view is that the English academy picks the occasional Scottish, Welsh and Irish author and treats them honorary English authors rather than as products of specific cultural moments and spaces. Despite the rapidly growing cultural and political splits between the nations of these islands, England has had no interest in the interior lives of its neighbours and victims – or in the subaltern lives of its own citizens. Perhaps if it had paid attention, events would have been very different. The Four Nations approach tries to address the cultural consonances and dissonances across the archipelago, identifying commonalities and disagreements in the way their literatures address events, experiences and philosophies, in English and in the Celtic languages. It's partly a matter of promoting the study of each others' literatures in the literary canon, partly a matter of examining the English canon for its overt and covert references to Celtic cultures and peoples, and finally a question of asking whether the nation is a useful category for the current moment. What will Brexit literature look like? Will we see the rise of Remainer and Leaver cultural texts? How will the English view the Irish, or how will leaver Wales represent European Scotland?

These questions being on my mind, and the university having some cash left over from the cakes-and-limos fund for senior management, I put together a day long event. It's actually a really easy thing to do: my colleagues in the Association for Welsh Writing in English provided the names of good speakers and travel bursaries for PG students and unwaged scholars, our excellent administrators did the tricky work, and one of my excellent PhD students kept the day – and me – going.

Before I tell you all about the excellent discussions we had, I'll just say that my perception that hegemonic literary gatekeepers and scholars aren't interested in their neighbours was entirely borne out by the attendance. Despite efforts to widely promote the event via mailing lists and direct invitations to personal contacts, the only delegates from English universities were Welsh literature scholars. No Scots or Gaelic specialists attended, nor any UK-based Irish literature experts. 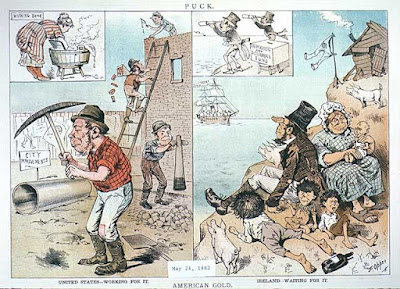 It was, quite frankly, their loss. Our keynote speakers were wonderful. Prof Katie Gramich from Cardiff University talked about the changing status and meaning of 'British' in mid-twentieth century literature, and encouraged us all to read Ulster Protestant author Janet McNeill – her lecture really set the tone for a searching discussion of literary representations of identity.


We then had a round table discussion chaired by Swansea's Prof Kirsti Bohata about Four Nations Literature and the curriculum, featuring Dr Hywel Dix from Bournemouth University who wrote Postmodern Fiction and the Break-Up of Britain (e-book now reduced in price), and Romanticist Dr Elizabeth Edwards who traced the development of a Four Nations consciousness in the work of worker-poet Richard Llwyd - from there the discussion turned to how Four Nations approaches (familiar in the history world) could be used to widen and reassess the Canon, and how it intersected with the general awareness of the need to diversify the traditional canon. Finally we talked about the importance of representing students' own cultures in the classroom, and the difficulties of persuading Celtic, working-class, queer and minority ethnic students brought up within the English 'universalist' Hegemony that literatures of their own exist and deserve serious attention. 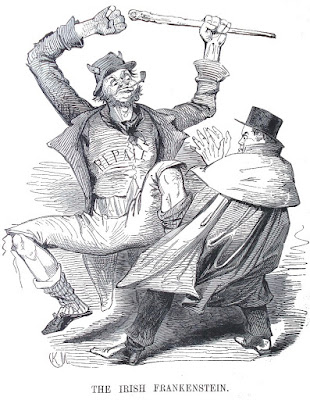 Our second keynote speaker, Prof Eve Patten from Trinity College Dublin, traced the covert presence of Ireland as a sign of impending degeneration in key modernist authors such as Woolf and Ford Madox Ford, starting with a really striking quotation from Wyndham Lewis on watching the body of Terence MacSwiney being removed from Southwark Cathedral after his Brixton prison hunger strike. From there she built a network of associations and references from which emerged a picture of Ireland as a persistently troublesome and troubling harbinger: many of the English Modernists had little sympathy for Irish nationalism, being too bound up in prevalent ethnic and cultural hierarchies to consider Ireland on its own terms. Marriage plots, she said, often stood in for the relationship between English-Britain and Ireland, such as in Ford Madox Ford's The Good Soldier. Just like now, she said, Celtic nationalism was reflected by a 'virulent English nationalism', disguised as normalcy.

After Eve's tour d'horizon, we had a postgraduate panel with a difference chaired by Dr Sarah Morse of the Learned Society of Wales. The three presenters – Catriona Coutts and Amber-Rose Hancock from Bangor and Syd Morgan from Swansea – circulated their papers a couple of weeks in advance so instead of having them read them out then take questions, the chair and the audience could get involved in discussing the ideas arising from the work, contributing new knowledge and making links between their research: Catriona looked at the construction of borders in novels by Raymond Williams (the revival is ON!) and Margiad Evans, Amber-Rose compared Welsh literature to Catalan literary culture, while Syd examined the fascinating – and forgotten – life and work of Ascendancy Irish intellectual, poet, educationalist and Welsh nationalist policy adviser Noelle Ffrench-Davies. The session worked because the delegates had read the papers: if they hadn't, an embarrassing silence might have ensued. I'd definitely try this again, and not just on postgrad guinea pigs.

Finally, we had a creative keynote speaker, to make the point that Four Nations literature isn't retrospective, historic label. Thomas Morris came over from Dublin to read from his award-winning short story collection We Don't Know What We're Doing, and conversed with Matt Jarvis, the perceptive and very skilled critic. Tom read from a couple of stories including one about a Welsh stag do in Temple Bar, which veered from scabrous to moving and back again very quickly. In conversation all his mother issues came pouring out, and he spoke seriously and generously about his methods and experiences of being a Welsh-speaking young writer and editor in Ireland – he has a long involvement with hip magazine/publisher The Stinging Fly. I just wish even a single Creative Writing student had come to a free reading at the university by an acclaimed young writer. I do wonder whether if they achieved success themselves, they'd resent similar absences…

By the end I was elated and exhausted. Having an iPad meant I could buy an awful lot of books while people were talking about them, so I also ended the day considerably poorer. I owe the success of the day to the generous support of my Faculty, my research centre, to the Association for Welsh Writing in English; to the presence and generosity of so many great minds in the room, to the enthusiasm of the speakers, chairs and delegates and my departmental colleagues and to Jaime, my PhD student, who appears to be somewhat clairvoyant when it comes to finding things that need doing.