All hail The Nightingales

Post-punk heroes and mates of mine The Nightingales played a gig in London, at the behest of Phil Jupitus, substantial supporter of lost musicians since 1979.

He liked it, as his Twitter feed reflects (bad photograph here):


The Nightingales were, in a word *magnificent* last night. Support band Violet Violet were a revelation. An honour to be on the same bill... 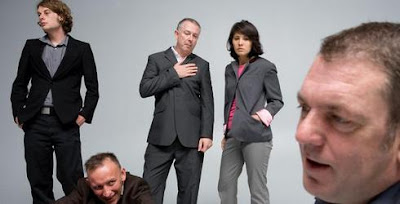 Email ThisBlogThis!Share to TwitterShare to FacebookShare to Pinterest
Labels: phil jupitus, The Nightingales