Good old Lord West has done it again. The former Admiral, who spent his ministerial career as a Labour Security Minister making outrageous gaffes which mostly sounded like a stupid man being honest, has ruined Labour's new defence policy.

Let's be honest. We all know what Labour's new defence policy is. It's the old one ('nukes are great! Do what the Americans tell us!) without any reference to Iraq and Afghanistan. No doubt it uses the phrase 'going forward'. The defence debate rules have been set in stone since 1945. Labour governments have to prove to the shrieking rightwing newspapers and Tory party that they're itching to press the red button at the slightest provocation, to avoid accusations of being 'soft on defence'.

Lord West, having been a military man and a politician, has drunk deep of the Kool-Aid. He is, he says, terrified of the UK becoming 'like bloody Denmark or Belgium', rather than the 'first-rate' military power he thinks this country is.

How many ways can a man be wrong? Firstly, the only 'first-rate' military power is the US, which spends $700bn on guns etc. That's 42% of the entire world's military spending: the unspoken anchor to America's economy is the Marxist/Keynesian subsidy to private industry: government weapons spending, allied to massive recruitment to give the uneducated and/or desperate American citizen a government job in the absence of any decent civilian employment policies: as a military state, the US is remarkably similar to ancient Rome. China's next, with 7%, and the UK, shamefully, comes third, with $60bn, or 3.6% of the world's share. Which seems like rather a lot for a country which specialises in bombing Afghan civilians armed with AK-47s. If West thinks the UK is a 'first-rate' military power, he's insane.

Secondly, and rather more importantly, what the hell is wrong with being like bloody Denmark or Belgium? As far as I can see, they're ideal role models. They both had empires - like Britain - from which they extricated themselves rather more peacefully than the UK. They had their time in the sun, then decided that they should spend their money on being friends with other countries rather than dropping their national trousers to wave nuclear weapons in the faces of their perceived enemies. Belgium is 37th and Denmark 38th in the league table of war machines (though Denmark's contribution to Afghanistan is rather a blot), spending 1.2% and 1.4% of their income on bangs and bullets. Presumably they spend the rest on diplomacy, schools, health and chocolate (Belgium) or herrings (Denmark). They're not 'second-tier' military powers - they're third-tier, and I think that's admirable. 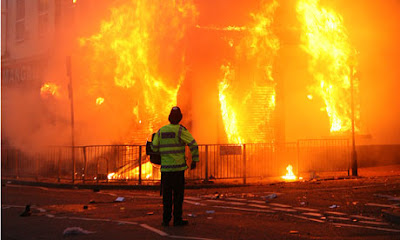 Would you choose this 'first-rate' military power? 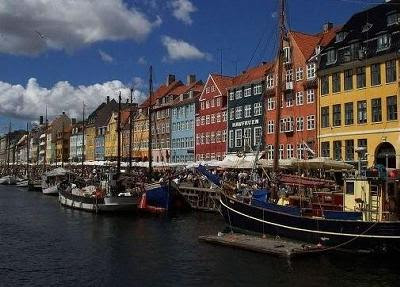 Or one of these 'second-tier' ones? (Denmark) 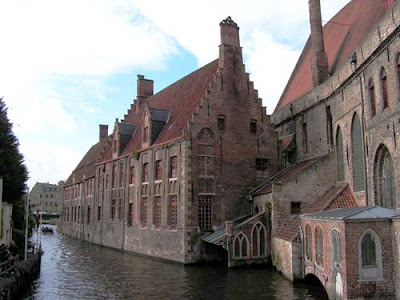 Bruges, in Belgium
I'm not suggesting that either Belgium or Denmark are perfect - they've got powerful racist political parties, ethnic tensions and conservative tendencies. But they tend not to have rioting  youths, savage attacks on the poor and the sick, a happier and economically more egalitarian society in which greed and selfishness aren't universally admired, and they don't feel that they should act as the world's policemen.

I know which model I'd prefer: a neutral, rich, friendly country with few or no enemies. A country which doesn't swagger round the global playground demanding respect based on renting (yes) nuclear missiles from the bigger bully on the block.
at 11:53

I am told by a German friend of mine who has been living in Denmark for almost 20 years that the Danes are in fact very ethnocentric; foreigners are never true Danes, and although they may have laws which appear to make everyone equal, in reality, there is a lot of xenophobia.