It's the first day of Induction Week, or Freshers' Week if you're young, and American. So there are two things on my mind: what do we do about all the terrorists in my classes, and am I still cool?

OK, terrorism first. There are a few loudmouths around: last year one student wandered about with a t-shirt depicting a man gesticulating with an AK47, and the word 'Mujahid' below the image. When I was a student, I was also a loudmouth on political matters. I still am, to some extent, but I can now tell the difference between an attention-seeker and a committed radical, whether thinker or doer. Mujahid man is very unlikely to be shipping himself off to Afghanistan for weapons training.

However, there is a serious point. This august institution has furnished Guantamano Bay with several inmates. As far as it's possible to tell, they were all either innocent or stupid. Either way, they didn't deserve kidnapping, torture and detention without trial. Be that as it may, there's a sense that universities like these have reservoirs of potential recruits - a large Muslim cohort, an active Islamic movement on and off-campus and what politicians euphemistically call an 'urban' demographic, by which they mean an intake largely of poor, multi-ethnic students.

The question for universities is what we should do about it. It should be blindingly obvious that the security services will be active on campus, both through open liaison with the university management, and covertly through infiltration and informers. But as an academic, I haven't been urged to inform anyone of any suspicions I might have.

I've clashed with the Islamic society recently: they invited a notorious pair of liars in to preach creationism: my overwhelming impression was that academic credibility meant nothing to the students because nobody has trained them to think critically and independently. But ignorance is not a crime (unfortunately).

The government wants us to spy on our students.


One of the government's counter-terrorism strategies,Prevent, has started to once again home in on British universities with a particular emphasis on Muslims. Officials from Prevent have asked university professors to give them details of any Muslim who might be a "threat", especially those who are isolated or depressed.

Apparently, if a Muslim is depressed, he or she is vulnerable to radicalisation. University staff are also asked to report students that have poor relationships with their families, are disgrunted by the government, and access extremist websites.

Would I inform on students who sympathised with Islamic terrorism? No, probably not. I'd argue, just as I'd argue with supporters of any kind of terrorism. More importantly, I'd contextualise terrorism by examining the conditions and cultures from which it grows. That's what universities are for: not to tell people what to think, but to give them a range of ways to think about any subject.

As to the idea that I should tell the secret services whenever I meet an 'isolated' or 'depressed' student: pshaw! I haven't got all day! Have they met any goths? The answer to isolation and depression is to talk to them, and point them in the direction of the counselling services. If particular student groups think that their teachers, counsellors and student representatives are spying on them, they're going to stop talking to us. They won't trust us, they won't respect us and they won't listen to us. Alienation is the inevitable result - and that's more likely to lead to 'radicalisation' than airing debates in public (not that I think 'radicalisation' per se is a bad thing: except when it comes to violence and Tory free-marketeers, and we're sadly not being asked to inform on potential Tory students).

I'm certainly not going to pick out my Muslim students as though every one of them is a terrorist in larvae stage. They're falling into the trap of assuming that all Muslims are beardy fanatics (even the women), when it's the same as Christianity or Judaism. For every ranting ringleted heavily armed Orthodox Jewish settler, there are at least a couple bacon-sandwich munching Jewish slackers. How many Catholics listen to the Pope's advice on contraception? Not quite all, to put it mildly. Similarly, there are plenty of Muslims who manage to wake up and get through to breakfast without strapping on a dynamite jockstrap. But the idea that most Muslims are idle backsliders - or simply interpret their scriptures more loosely than bin Laden -  like their Christian counterparts doesn't sell newspapers, political parties or sophisticated electronic spying devices. (Nor does pointing out that the EDL is equally, perhaps more dangerous, and yet we're not being asked to inform on fascists in the classroom.

If I were a student at this university, I'd be demanding that the Students' Union disavows any co-operation with Prevent, and pressures the university to do the same.

Anyway, on to the second question, on my relative coolness. This one's informed by a fellow academic's sudden onset of competitive coolness. It's relatively straightforward. I'm not cool. I wasn't cool when I was a student, even in the subcultures to which I belonged. I wasn't even in the 'anti-cool' group. I knew this, and accepted it: but apparently some people, working every day with the young, thin, fashionable, with-it and cool, fall into the trap of craving their respect for matters other than intellectual. 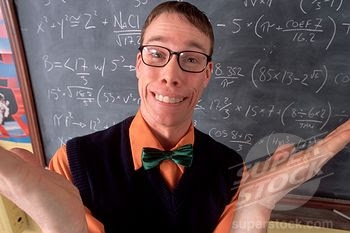 This is what the students see. Embrace it. 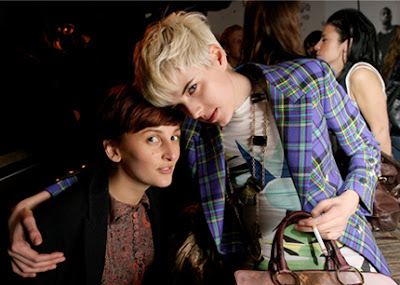 Do not try to emulate these people.
It's easy to resist. Every time you feel a pang of envy and decide to throw in what you think is a topical reference, think back to when you were in school or at university. Did you shudder with revulsion when your teachers mentioned something you cared about? Then have the grace to remain silent. It's like my dad, who refers to 'The Google'. He thinks it displays his techno-savvy.


You become a rockstar in the classroom. You play interesting YouTube videos in your lectures and are occasionally spotted at shows by your students. A mythology grows up around your sightings about town. Students want to follow you on Twitter.

I live two minutes' walk from the university. Every drink I buy is served by one of my students, and occasionally I accidentally see a band liked by the despicable youth. This doesn't make me cool. Nor, I should add, is the queue for the gents the place to discuss why I gave you a D.

There are ways to gain students' respect: by treating them as intelligent, independent people whose admiration means nothing to you. Your interests are not their interests, though that may change, and you'll definitely find that you like some of them, and vice versa. But you won't impress them if you try to blind them with clothes, hip references or obscure ideas - that's a pathetic form of intellectual and social abuse. Every academic needs to know this: students' worlds do not revolve around their teachers - and that's a good thing. You're deluding yourself if you think that your existence makes the slightest difference to their inner lives. That is also a good thing. Get your own friends and avoid appearing like some kind of vampire, leaching vitality from your students. And try not to inform MI5 when they look a bit down or say provocative things to get your attention. They'll respect you for it. Before you know it, some of the students will genuinely become your friends. And you'll be cool without even trying.

On the other hand, if your self-image depends on validation by some teenagers, you are definitely NOT COOL. If your resolve wavers, ask yourself this: what the hell do the kids know about anything? The cool kids were morons when I was the same age as them. They won't have improved since then.
at 13:28