I've been wondering from where George Osborne and the Tories sourced their piss-poor and manifestly untrue slogan 'We're All In It Together'.

Turns out it's from Terry Gilliam's Brazil, a film described as a 'dystopian satire' of a dysfunctional industrial world, in which the


bureaucratic, totalitarian government is reminiscent of the government depicted in George Orwell's Nineteen Eighty-Four, except that it has a buffoonish, slapstick quality and lacks a Big Brother figure.

The difference between Brazil and Britain being that the Tories are using fear to cow us, rather than enforced jolliness. 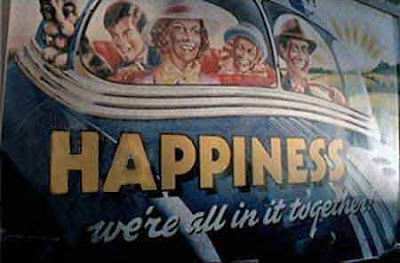 Email ThisBlogThis!Share to TwitterShare to FacebookShare to Pinterest
Labels: brazil, gilliam, Tory Scum, we're all in it together