Four Lads Who Shook The Wirral

We went walking off the Wirral this Saturday. It's the peninsula which juts out between Liverpool and North Wales - an odd, interesting place. The home (hence the title of this post) of Half Man Half Biscuit, purveyors of folky-rocky satirical comment since the early 1980s. If there's no HMHB in your life, you're missing out.

We were aiming for Hilbre Island, two rocks and an islet in the middle of the Dee estuary to which you can walk at low tide, given a pair of waterproof boots and a better sense of balance than me: muddy rocks, a big camera, a camera bag and a rucksack ensured that I took a tumble more than once. Ripped my lovely new lightweight waterproof, skinned my knuckles and bruised my bum, but at least the camera is unharmed. I did make the mistake of taking my Sigma 70-300 telephoto though, instead of my Nikon 70-200. What a waste: slow, soft and heavy. Anyone want it?

However, it was a glorious day. The weather changed every twenty minutes from stunning autumnal sunshine to scudding storms as weather fronts swept in from the sea and up the estuary. The horizon was huge and it felt distinctly eerie to look back at land over what seemed like a smooth lake before the tide left the sands fully exposed. We saw little egrets, linnets, herons, oystercatchers, Brent geese and a seal colony - a hundred mega-slugs lounging around in the sun. 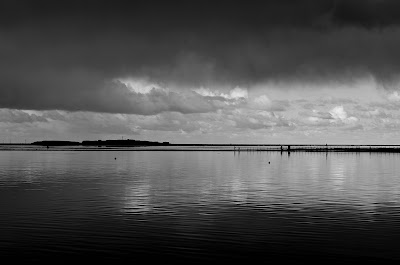 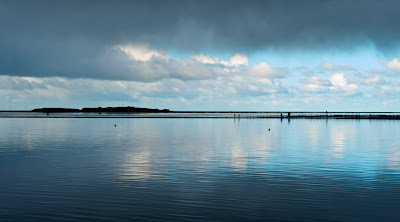 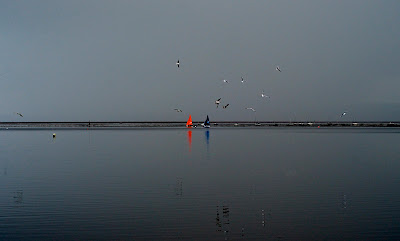 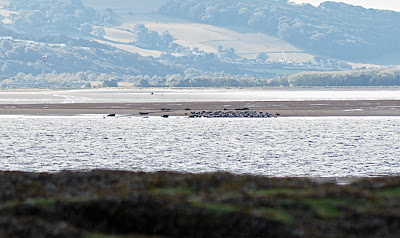 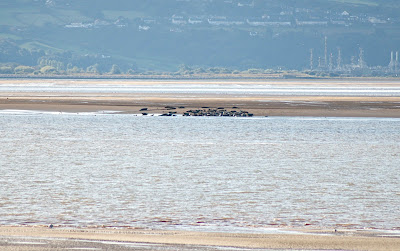 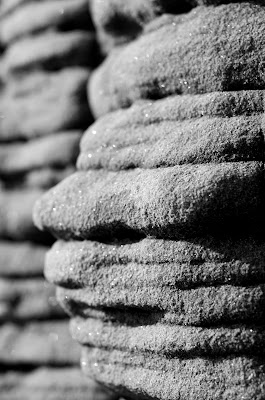 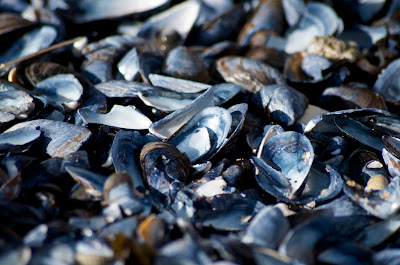 Hilbre is a massive midden, where gulls drop shells from a height to open them up - we watched some doing it. 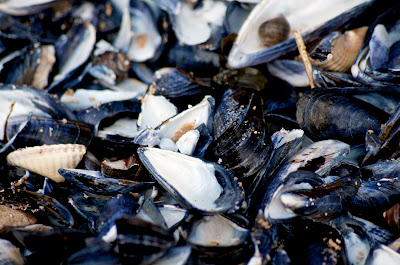 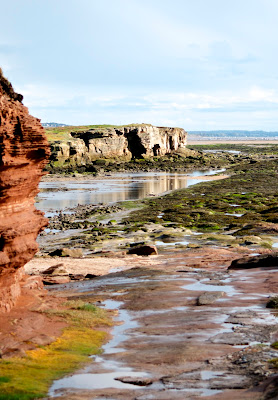 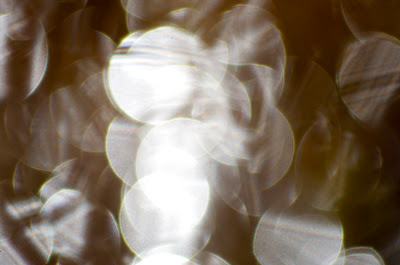 Water reflecting from a pond on Hilbre
at 13:45