After you all responded mightily to Emma's charitable endeavours the other week, I'm going to hit you again.

Imaginary Friend and 50 others are climbing Yr Wyddfa (Snowdon) this weekend, to raise money for the North Staffordshire Special Adventure Playground, a wonderful place catering for children and young adults with physical and mental disabilities. There aren't many places offering these kids stimulating and exciting play, and the parents need a bit of respite too. I used to volunteer in a desultory sort of way: they're kind like that, and they need your cash, especially when local authority funding is getting harder to secure.

So go here and divert your savings away from your usual nefarious habits. 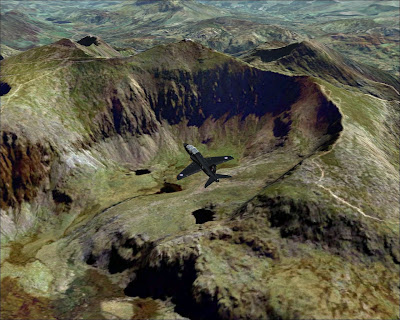 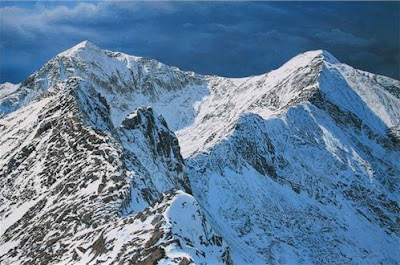 To put you in the mood, here's an extract from Book 14 of Wordsworth's 'The Prelude', in which climbing Snowdon gives him a glimpse of the sublime, and the opportunity to review his life's work:

IN one of those excursions (may they ne'er
Fade from remembrance!) through the Northern tracts
Of Cambria ranging with a youthful friend,
I left Bethgelert's huts at couching-time,
And westward took my way, to see the sun
Rise, from the top of Snowdon. To the door
Of a rude cottage at the mountain's base
We came, and roused the shepherd who attends
The adventurous stranger's steps, a trusty guide;
Then, cheered by short refreshment, sallied forth.

It was a close, warm, breezeless summer night,
Wan, dull, and glaring, with a dripping fog
Low-hung and thick that covered all the sky;
But, undiscouraged, we began to climb
The mountain-side. The mist soon girt us round,
And, after ordinary travellers' talk
With our conductor, pensively we sank
Each into commerce with his private thoughts:
Thus did we breast the ascent, and by myself
Was nothing either seen or heard that checked
Those musings or diverted, save that once
The shepherd's lurcher, who, among the crags,
Had to his joy unearthed a hedgehog, teased
His coiled-up prey with barkings turbulent.
This small adventure, for even such it seemed
In that wild place and at the dead of night,
Being over and forgotten, on we wound
In silence as before. With forehead bent
Earthward, as if in opposition set
Against an enemy, I panted up
With eager pace, and no less eager thoughts.
Thus might we wear a midnight hour away,
Ascending at loose distance each from each,
And I, as chanced, the foremost of the band;
When at my feet the ground appeared to brighten,
And with a step or two seemed brighter still;
Nor was time given to ask or learn the cause,
For instantly a light upon the turf
Fell like a flash, and lo! as I looked up,
The Moon hung naked in a firmament
Of azure without cloud, and at my feet
Rested a silent sea of hoary mist.
A hundred hills their dusky backs upheaved
All over this still ocean; and beyond,
Far, far beyond, the solid vapours stretched,
In headlands, tongues, and promontory shapes,
Into the main Atlantic, that appeared
To dwindle, and give up his majesty,
Usurped upon far as the sight could reach.
Not so the ethereal vault; encroachment none
Was there, nor loss; only the inferior stars
Had disappeared, or shed a fainter light
In the clear presence of the full-orbed Moon,
Who, from her sovereign elevation, gazed
Upon the billowy ocean, as it lay
All meek and silent, save that through a rift--
Not distant from the shore whereon we stood,
A fixed, abysmal, gloomy, breathing-place--
Mounted the roar of waters, torrents, streams
Innumerable, roaring with one voice!
Heard over earth and sea, and, in that hour,
For so it seemed, felt by the starry heavens.
at 08:55

Thanks for the plug! Hopefully we will have neither snow, rain nor hail.

Wordsworth, eh? There's one chap who never used one word when 20 would do.