Literary Advice From The Proletarian Vanguard

It may surprise you to learn that the Communist Party, even in its most Stalinist period, took literature far more seriously than any of the mainstream groups. Perhaps Matthew Arnold was right: the aristocracy are more interested in hunting than reading. The Party went through agonies trying to decide whether pre-Revolutionary literature was corrupted by the society which generated it, or whether anything was salvageable (Marx wouldn't have been a book-banner: his work is shot through with literary references). Serious attempts were made to specify the qualities and characteristics of Proletarian, Socialist and Communist Literature, something of which I've made a study myself.

Here in the UK, the 1930s Party leadership, aware that many authors were at least sympathetic, tried to ride both horses: they encouraged the members to read Party-approved work and through their publishing house Lawrence and Wishart, disseminated 'Proletkult' fiction and non-fiction by workers which seemed to follow the party line (my PhD is partly about how Lewis Jones's Cwmardy is actually subversive, while appearing to be an orthodox Communist novel), at the same time proclaiming the genius of the rather more unruly (and bourgeois) fellow-travellers like Isherwood, Auden and many, many others whose beliefs and activities only occasionally coincided with that of the rather unlettered Party. The Party was actually rather conservative, as this excellent book describes (especially the chapter by Mike Waite): it led national campaigns against American comic books and pop music, claiming that industrial art is always inferior to 'authentic' folk culture. Hence all that finger-in-the-ear stuff in the 1950s.

I recently bought this delightful pamphlet, Books Against Barbarism from Left on the Shelf, one of my favourite bookshops, after seeing it on Cath Feely's Academia.edu page.. Some of the chapters could well be appreciated by my students, while others are redolent of a more innocent age. 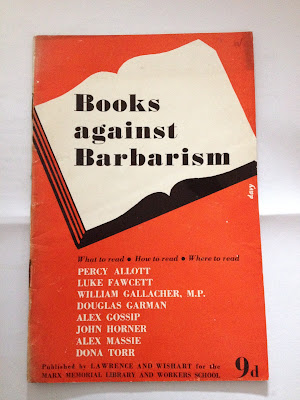 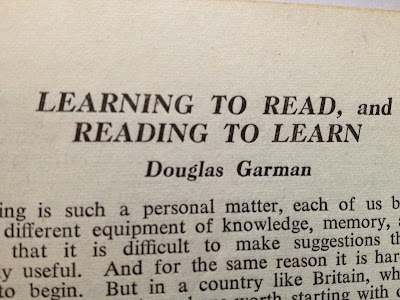 'The first essential is to make up your mind to read what Marx, Engels, Lenin and Stalin have themselves written… but then, also, draw up a list of subsidiary reading on the same theme, by other authors, bourgeois as well as Marxist'. Garman was a very interesting character - Party intellectual and literary editor. He shepherded Jones into print, though it's never been entirely clear how much meddling he did. I've heard that Nottingham University has some letters between them in the Garman archives, so I need to get over there for a look.

I'm not sure Lenin's tastes or opinions should guide anyone's reading habits. Krupskaya then reveals that Lenin was actually a big fan of the Russian classics, especially Pushkin, and a range of deeply tedious Soviet Realist propagandists.

Having spent the day reading emails about the university library's turn from holding books to disposing of them (they've clearly been watching Fahrenheit 451) and watching local authorities close libraries all over the place, this paragraph seems rather sweetly naive.

Finally, a Tom Gauld cartoon for all my friends who write short stories, and for those of us inspired to have another go at Ulysses after the BBC's wonderful dramatisation: 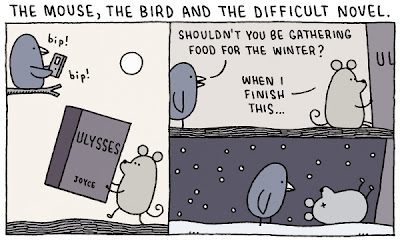 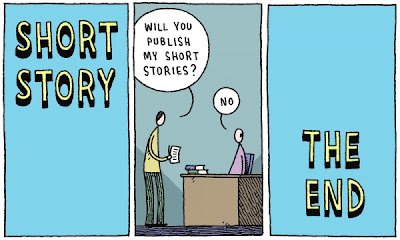