Afternoon all. I haven't spent the morning lazing in bed fiddling with my bits at all. I've been doing proper academic things all day, like what a proper academic might do. I wrote a (largely positive) review of Misunderstanding the Internet by Curran, Fenton and Freedman for the LSE Review of Books (I'll post it when they do) and then tried to help a Manchester colleagues queries about Lewis Jones's comrades. I failed, but I did learn some things, think about interwar communist and proletarian culture, and read loads of good things. See? PROPER ACADEMIC!

Here's one of the things I watched: a documentary about Wales and the Spanish Civil War:


Wales and the Spanish Civil War from internationalschoolhistory on Vimeo.


I'm fascinated by this period because it's one of the last times that large sections of the population were actively engaged in independent proletarian education and political debate: joining parties, turning out on mammoth marches, supporting campaigns such as Aid for Spain (time to revive that), the National Unemployed Workers' Movement (time to revive that too), going to classes held by the WEA and the more political Plebs' League, or competing in the Workers' Sports Federation events (founded to counter the Amateur Athletics Associations' exclusion of working-class competitors), reading Left Book Club editions (the Dark Place's club met in a hayloft away from the prying eyes of employers' spies), the Clarion Club cycling days or joining the Communist-led Ramblers Association on walks across previously-inaccessible land. 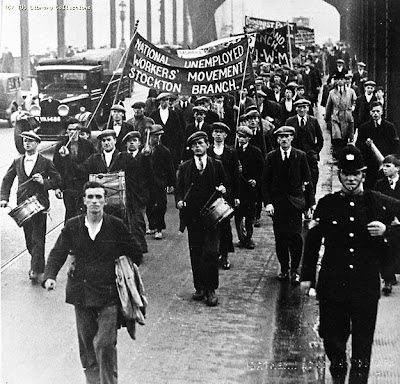 People supported parties across the spectrum, from Mosley's Fascists to the CPGB, and often paid in blood for their beliefs. Now we sullenly accept the decisions of the minority who bother to vote, then have the gall to moan about the appalling standard of our politicians, many of whom are too cynical, timid or unimaginative to ever propose anything daring. 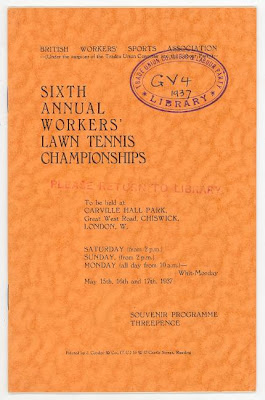 
Lewis Jones is my hero. A miner at 12, a Tonypandy Striker at 13, a union leader by 16, imprisoned for 'sedition', blacklisted by the mine-owners, educated at the Central Labour College, author of two novels, Communist Party councillor for Glamorgan, enjoyed a drink and a 'lively' social life, continually suspended by the Communist Party for his anti-Stalinism, agitator for the Spanish Republic, died in 1939 at 42 after addressing 30 meetings in one day in support of Spain, despite the cause being clearly lost by that point. 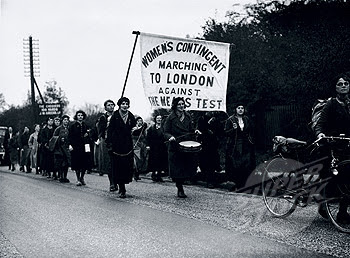 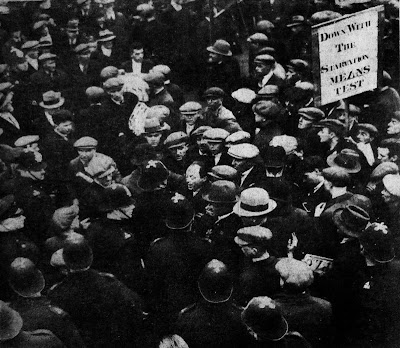 Two anti-Means Test marches. Now, we've been so conditioned to hate anyone on benefits that we find it impossible to imagine poor workers campaigning against the test. It essentially meant - and this may ring a bell if you read David Cameron's speech yesterday - that unemployed family members with a single working relative were denied any kind of benefits, leading to splits, generational conflict and alienation.


He certainly makes the shower we've now got look pathetic. Private schools, Oxbridge PPE, a couple of years as a SPAD, a safe seat, a couple of think tank papers and suddenly you're in the Cabinet. Bah. Lewis Jones might have been on Twitter moaning about the welfare cuts, but he'd also have been on the streets.
at 14:49