I thought I'd entertain you by picking tracks from my music collection that you may not have heard. First up was 'Gwawr Newydd yn Cilio' by Rheinallt H Rowlands, a rather odd synthesised-orchestral Welsh-language cover of Joy Division's 'New Dawn Fades'. It's not on Youtube. In fact it's so not on there that the nearest it gets is this selection of alternatives: 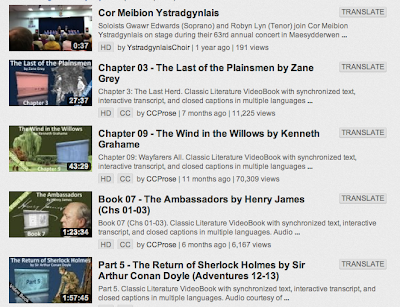 None of which really hit the spot. Though at least the first one is music, and in Welsh. But you can have his cheery tribute to Charles Bukowski instead:

I was also going to post some The Secret Goldfish, but their record label's disabled embedding, because obviously when nobody's heard of the band, you don't want fans drawing attention to them. That would be silly. So instead you can have some lovely, slightly odd Nancy Elizabeth instead:

And while I'm in the mood for female dream pop, some Frankie Rose:

and in a slightly different vein, Peter Maxwell-Davies 8 Songs for a Mad King, which doesn't get nearly enough airplay.

Email ThisBlogThis!Share to TwitterShare to FacebookShare to Pinterest
Labels: music