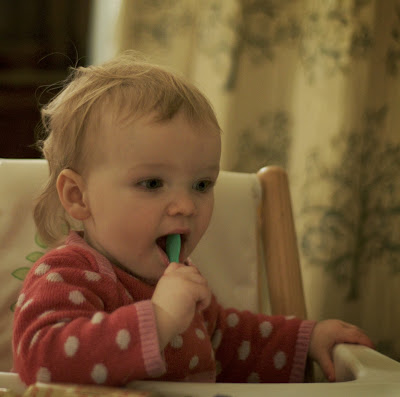 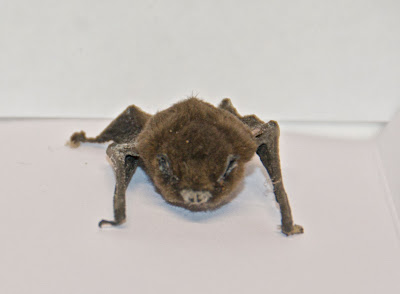 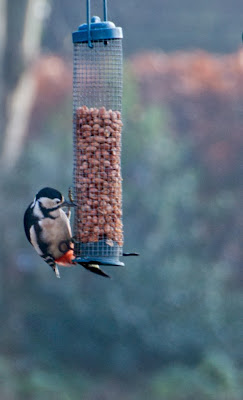 Went for a walk: 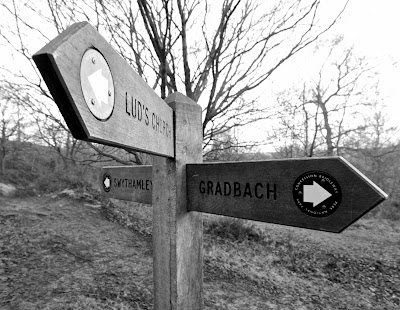 to Lud's Church which is a giant hidden chasm on the Staffordshire/Derbyshire border in the Peak District: 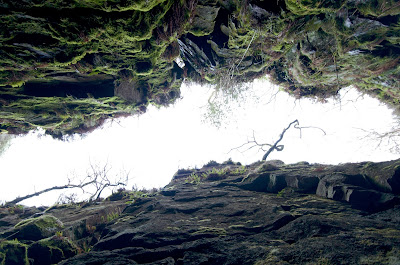 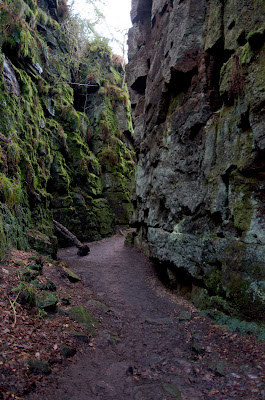 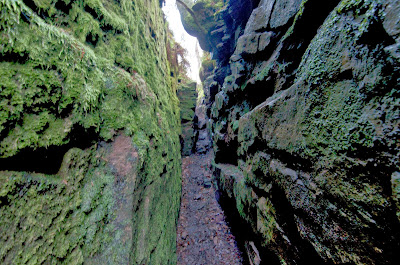 It was probably a meeting place for Lollard dissenters and others, and may well have been the model for the Green Chapel in Gawain and the Green Knight:


…high hills, and steep, on both sides
And rough, knuckled crags with rugged stones;
The skies grazed off the jutting rocks, it seemed to him.

Except, a little way off, across a lawn, a mound as it were,
A smooth barrow on the side of a slope next to the water,
By the channel of a stream that forked there,
The brook blubbered in it as if it were boiling.

It had a hole at the end and on each side,
And overgrown with grass in patches everywhere,
And it was entirely hollow inside, nothing but an old cave,
Or a crevice of an old crag, he could not say which it was. (lines 2180-84)
Then from that high hill he (Gawain) heard, in a hard rock
Beyond the brook, in a hillside, an exceedingly loud noise.
And then he (the Green Knight) comes around a crag, and
comes out of a hole,
Whirling out of a corner with a fell weapon.

Or in the original.

It's still a place of ritual. In the chasm is an old branch. Successive walkers have stuck coins in the wood until it became an object of numinous beauty: 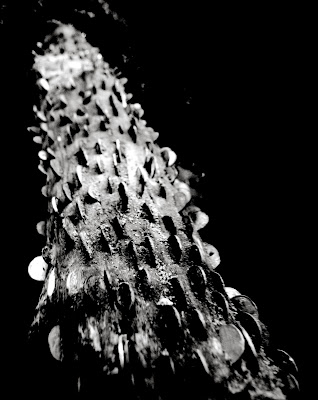 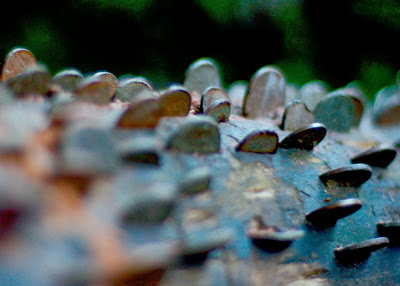 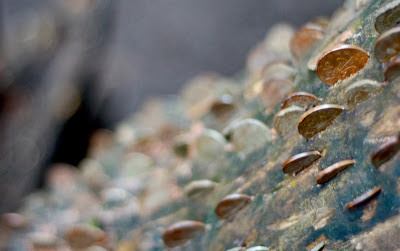 Then I went to the Manchester Science Museum to look at components and see my friends.

I also read a lot of books, but that's a whole other entry. Full set of pictures here.