One of the fun things at the Olympic fencing event was the GoFence session, in which children (and quite a lot of adults) were invited to bash each other with foam versions of fencing weapons - part of the sport's attempt to widen participation. Some of my friends were running the show and I joined in occasionally when I wandered past during my breaks from standing around looking essential in the main event. 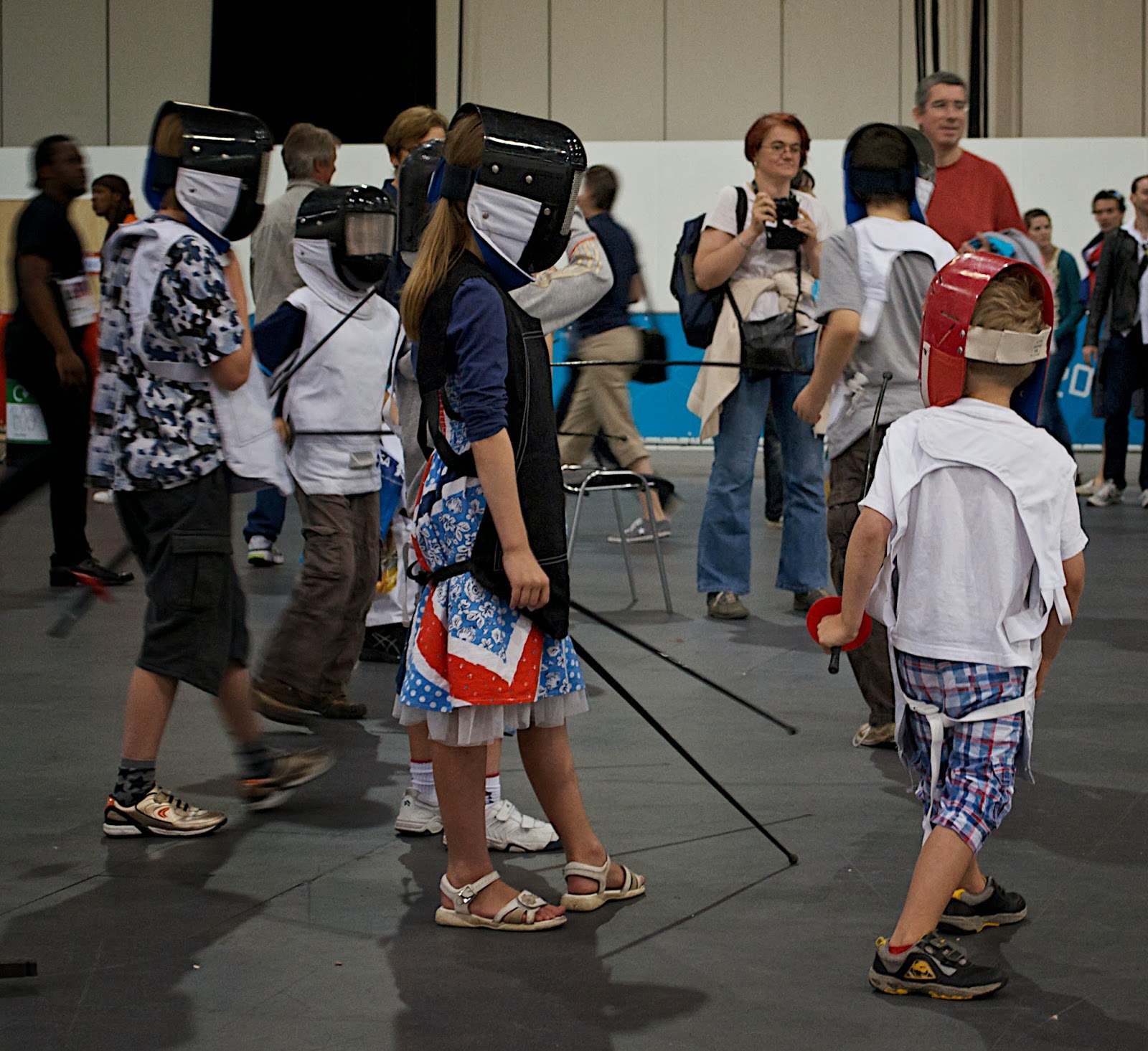 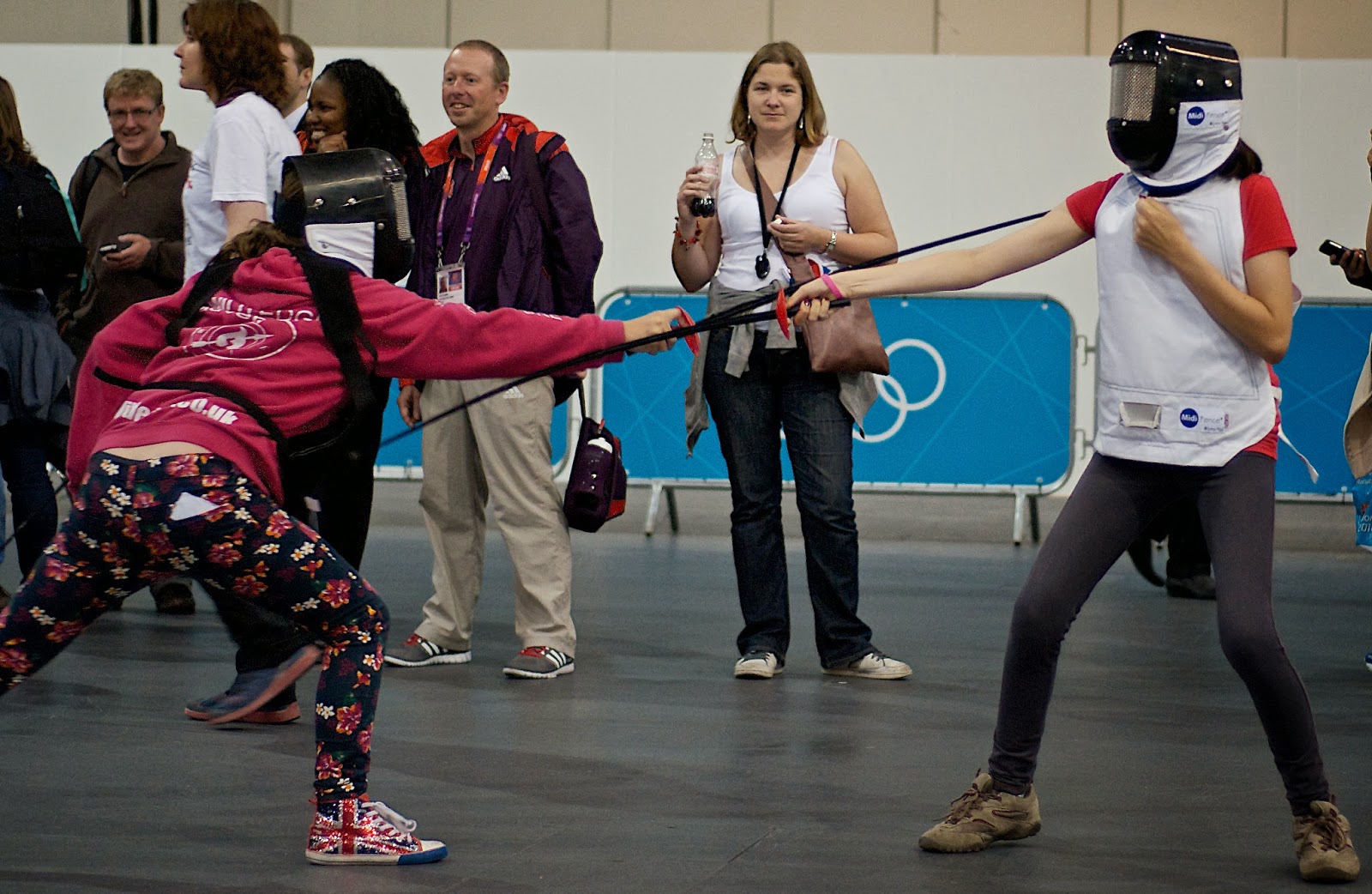 Only when I bought John Hegley's excellent new poetry collection New and Selected Potatoes did I realise that it wasn't just fun: it's the stuff of which art is made.

So here it is.

Backing and advancing.
Competing and dancing.
Outside the Olympic centre
my brother who was once a fencer
and Sally, from the north,
who was one also.
They have taken up plastic swords
from a stall provided to catch
the enthusiasm of children
and perhaps set them on a path
of lunge and parry.
Marcel and Sally
in touch with their own younger selves.
A brief exhibition of joy.
Harking back.
Sallying forth.

I like it. It's got some good wordplay around his brother and Sally's names, and it captures the brief moments when we adults are allowed to play, unselfconsciously and freely. The rhythm is interesting also: sometimes regular, sometimes broken, just like a proper series of fencing phrases. I hope he doesn't mind me excerpting this poem: you should buy the whole collection because it's very good.
at 17:10

I am the Sally from the poem - it was a joyous occasion!