I somehow suspect that Harry Potter news isn't at the top of your priorities, but I thought this was interesting – and disappointing. In a heavily trailed interview which hasn't yet been published, JK Rowling said that:

…her famous protagonist ought to have ended up with Hermione instead.
In a rare interview given to Wonderland magazine, she said: "I wrote the Hermione/Ron relationship as a form of wish fulfilment…That’s how it was conceived, really. For reasons that have very little to do with literature and far more to do with me clinging to the plot as I first imagined it, Hermione ended up with Ron."

If you've read the Harry Potter novels, you'll know that despite his bourgeois niceness, Harry is the alpha male: the Chosen One whose suffering, death and resurrection will rid the world of evil Voldemort. Hermione (my personal favourite for obvious reasons) is one of Propp's Helpers, aiding Harry by reading and thinking a lot. Ron is also a Helper – most of the time – thanks to his key qualities of loyalty, groundedness, patience, good humour and determination. 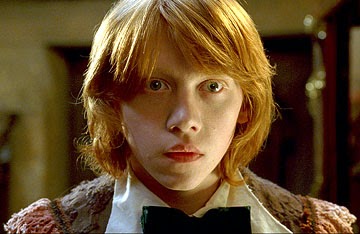 However, Ron's an interesting character. The youngest son and nearly the youngest child in a large family of poor and boisterous over-achievers (as the oldest of six, I can report that my own sisters and brother are pitiable, broken-down and damaged individuals)*, Ron clearly suffers from depression and self-esteem deficiency both within the family and in his social circle. Lacking confidence in his abilities and overshadowed by the more obvious talents of his friends, he plays the novels' Everyman, channelling the fears and perspectives of the non-heroic reader. 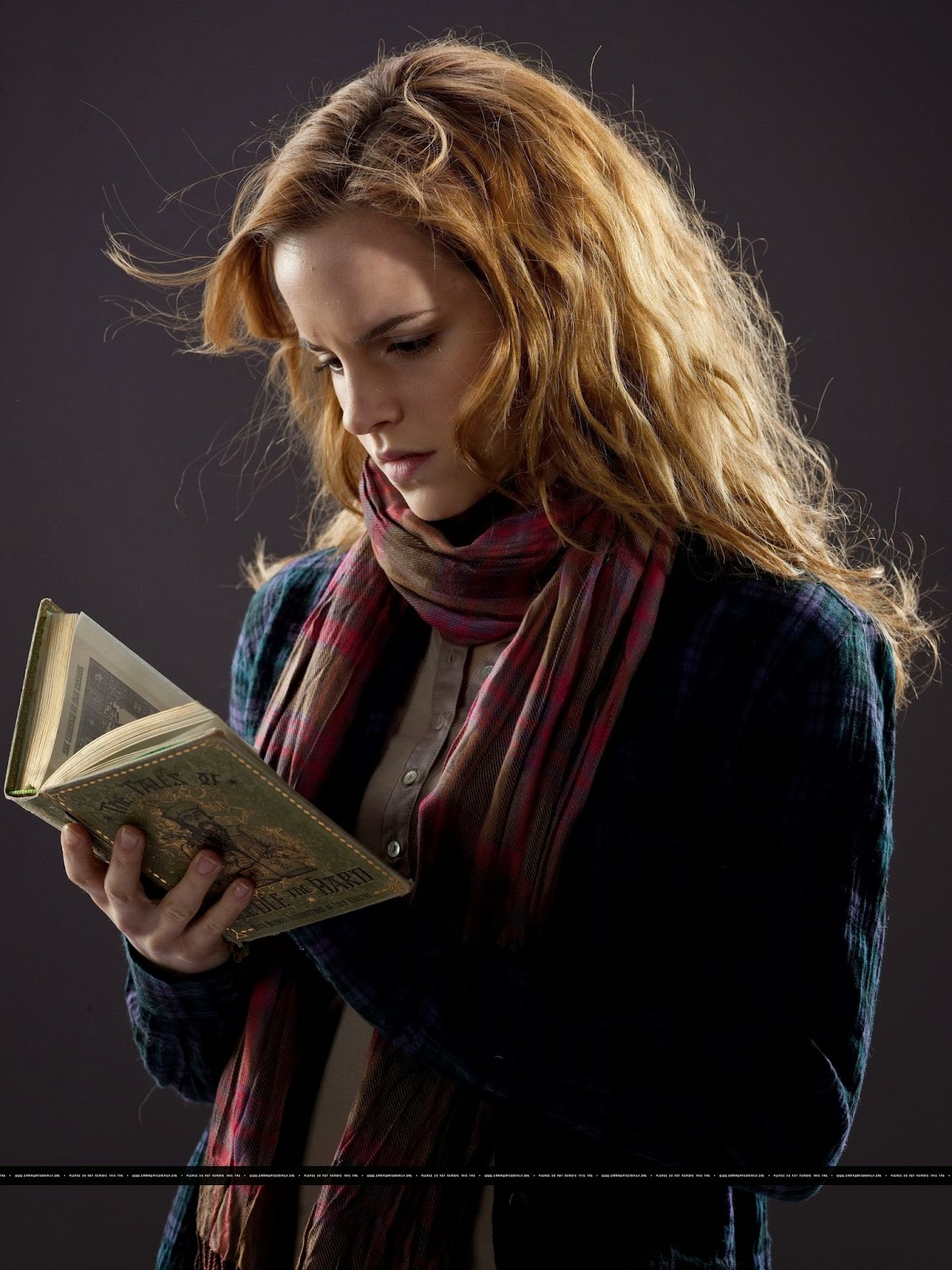 In the novels, Hermione and Ron's very gradual romance plays out over the multiple novels with a good deal of humour, angst and fumbling (emotional, that is), as Hermione's impatient intellect, Ron's self-doubt, their traumatic experiences and adolescent development combine to impede their progress. Harry's Christ-like isolation initially seems to preclude him from forming relationships: destined to die, he has a brief relationship with Cho Chang but seems to be transcending romance until Rowling unexpectedly provides him with a life partner in the form of Ron's younger sister Ginny, providing Harry with a reason to live and the novels with a good deal of awkward Freudian worry and comedy.

JK Rowling now regrets not pairing the Hero with Hermione who is almost his female counterpart: characters constantly tell her that she is the most accomplished and intelligent witch of her generation. I like Hermione because she's a popular culture intellect, but I'm sad that JKR has decided that 'literary' concerns should have paired her off with Harry. In Propp's Morphology of the Folk-Tale, the Hero completes his Quest and is rewarded with the Princess, who is therefore reduced to a prize for success. This is what Hermione would have been, to the detriment of both the text and the novels' moral universe. Harry and Hermione would have been a Power Couple, the confirmation of a set of values which prizes heroism, beauty and perfection over everything else and assumes that Ubermensch types should be paired off together. And as a correspondent points out: Hermione and Harry are an excellent example of passionate, devoted non-sexual friendship. One of the later films flirts with attraction between them when Ron's depression causes him to (temporarily) abandon them, but they resist. One of the sexist clichés I hate most is 'men and women can't be friends, there's always sexual attraction': not true in life, why should it be true in fiction?

Hermione and Ron upset the standard model of the folk tale, and open up a new range of romantic possibilities. Why does Hermione love Ron in Harry Potter? Perhaps because he's honest, funny, faces his own demons, struggles for a defined identity and doesn't have a Messiah Complex. Ron is an inspiration to those of us who aren't hero material but hopefully do have loveable qualities suitable for the Muggle world. There isn't an obvious alternative partner for Ron in Harry Potter given that he's clearly written as heterosexual – leaving him alone might have been interesting but not appropriate for the kind of novels they are, in which loose ends aren't wanted, whereas pairing him with Hermione suits Rowling's mildly subversive approach to social structures.

So I'm sad that JKR feels the pressure of hegemonic ideology and regrets not doing the obvious thing. The point of Ron/Hermione is that attraction is more random, ambiguous and mysterious than Hero/Heroine recognising each other's greatness. Ron is flawed and near-perfect Hermione is attracted to him. If that's not a wonderful, mysterious and inspiring thing, I don't know what is.

*This is not true. They're all high-achievers who view me with a sense of amused pity.

Though I don't think Ginny was really a surprise. She's been the Princess waiting for the Hero since the first time they met on Platform 9 3/4.

Actually, you're right: she is prominent. Though I find it hard to remember whether I thought so at the time: are we 'reading back'?