I just got an email from the Birmingham branch of the Glee Club, a chain of comedy venues.

Something didn't look quite right. Can you work out what it is? 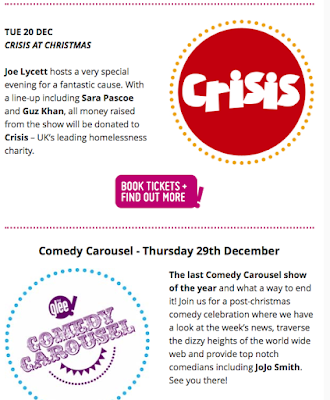 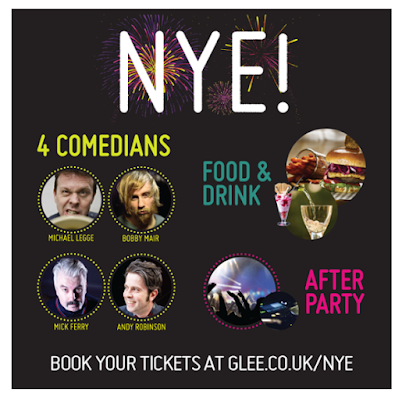 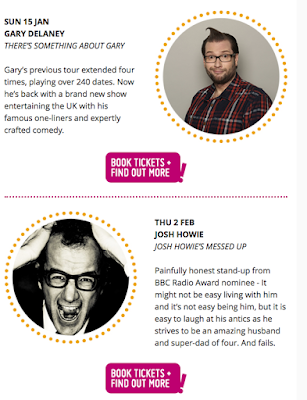 I think a theme is starting to emerge. But let's read on. 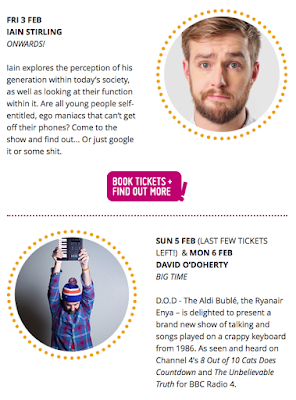 Yes, there's definitely something that links these performers. Are there any more? There are! 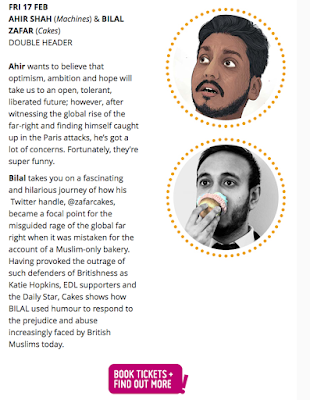 It's on the tip of my tongue… What could it possibly be? 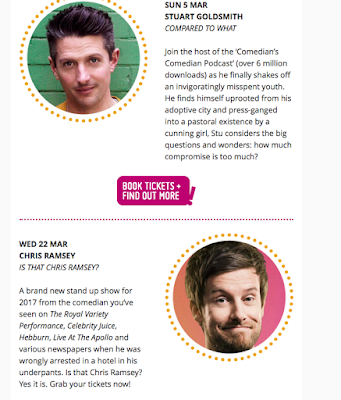 It's coming to me. I'm almost there. One last push. 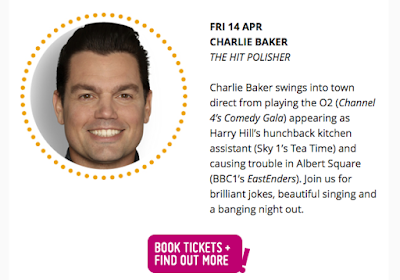 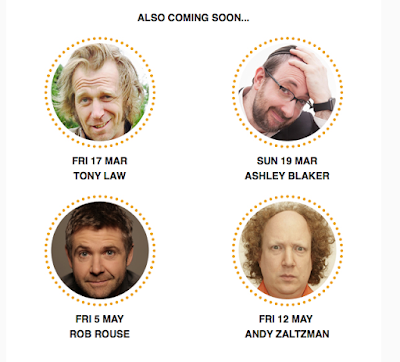 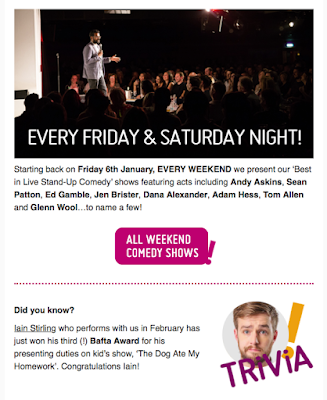 Now, what are the possible explanations for this?
1. Women aren't funny.
2. They were all busy for half a year.
3. All female comedians have collectively decided that Birmingham is shit and they're never coming back.
4. The inhabitants of Birmingham are so sexist that the Glee Club is actually protecting women by not booking them.
5. Female comics hibernate for six months of the year. Do NOT open their cardboard boxes too early.

I did ask the Glee Club about this. They got a tad defensive. 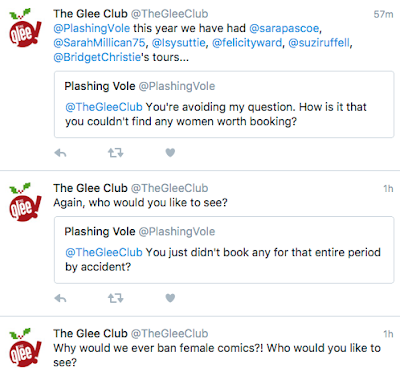 Firstly: I'm no comedy expert. They have a professional team which looks for talented comics to book and that team has managed not to book any women. They have managed to book six women this year: not, to my mind, an astonishing number. They also said that they'll be announcing more acts…which makes it sound like women have to fit in the gaps left once the men have been booked. Or perhaps it's that they have booked women but didn't think it worth mentioning.

That's right. It's not them. It's you. Or your nasty, stupid friends. You can't really want to opt out of their list. That would be incomprehensible. You heartless brute!

PS. As @MrSimonWood points out, the excuses are similar to those made in academia: 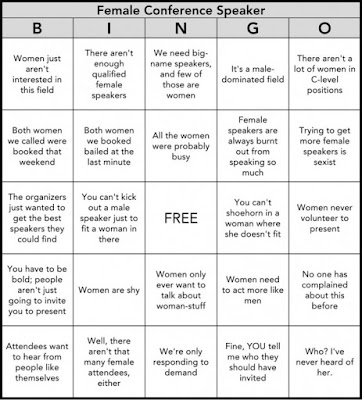