It's not all rioting and committees

One of the best day's in my institution's year is the annual Staff Research Conference held by what other universities would call the School of Humanities. But I won't get into that argument, as I'm having such a good day.

Presenters are from all over the academic shop: lawyers, economic/consumption historians, linguists in several languages, sociology, literature and all points in-between. I've presented in previous years and will again: this year I'm content to settle back and be enlightened.

So far, I've attended papers on journalists' understanding of what kind of images are or aren't too horrific for display on TV and their relations with editors; an aesthetic analysis of Colombian film The Wind Journeys; an exploration of the different understanding of psycholinguistics in Russian and British academia; a very interesting piece on the linguistic modes of online forum disagreements ('You suck'), presentations on colour in 18th-century English retail, on the material lives of singletons in the 18th-century (e.g. how spinsters, widows, almshouse inhabitants and others lived), and a fascinating exploration of changing shopping practice in the postwar Black Country: the complex interactions of the corner shop, credit, social standing, communal relations and the rise of the supermarket.

Now I'm in the Literature session. The current speaker is talking about the English Romantics' reception and use of Bernardin de Saint-Pierre's Paul et Virginie, as translated by Helen Maria Williams the radical poet, novelist, revolutionary and translator. I'm ashamed to say that I haven't read the novel in either language, though I'm familiar with many of the Romantic texts the speaker asserts were influenced by the novel. Next up is my friend Lorna on Ellen Williams's fascinating, gender-transgressive New Woman/Journalism novel, Anna Marsden's Experiment (annoyingly not on Project Gutenberg or available in any bookshop anywhere, damn it). One of its interesting features is the newspaper our hero/ine works at: the Daily Planet! 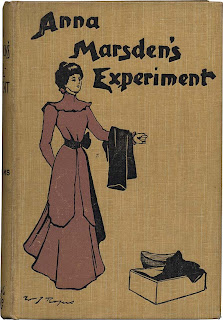 After that, Gaby on one of my very favourite authors, Mervyn Peake, which should be a real treat.

Don't worry: I'll get back to whinging about the government shortly. In the meantime, have a look at this - my friend Ben's short, pungent and witty 10 Point Plan To Save The Country. He's a much better writer than I am.
at 14:06