Every Loser Wins, Or How I Became An Academic

When did I first realise that I was destined for a career in academia? Obviously as teacher of sorts I should add some qualifiers: 'career' is a hollow joke and I'm not entirely convinced I'm really an academic, so perhaps the question is 'when did I realise that I was unsuited to what people habitually refer to as normality?.

A few clues appeared early on. I recall being invited to a meeting with the head teacher and my parents on the subject of reading. Aged 8, I'd exhausted the school's entire stock. I'm not sure I understood it all, but I'd read it. I gather that a donation was secured and more boring books about children learning practical and moral lessons were procured. A similar thing happened at the local library a few years later. I moved on to the adults' books and – perhaps slightly weirdly – decided I may as well tackle them alphabetically. The advantage of this was that I became very widely read, though not very discerning. Additionally, some extremely heated discussions ensued when my parents – hugely intellectual but entirely uninterested in fiction – took offence at some content. They objected to science fiction in its entirety, as well as anything with bad language in. Imagine their displeasure when they found me tucking into an SF novel whose protagonist was called Porno! (If anyone can tell me what that title was, I'd be very grateful). Having 4 sisters and a brother, I also worked my way through the complete works of Enid Blyton and similar authors, and now have an unparalleled though perhaps slightly misleading understanding of a) boarding schools and b) horses. 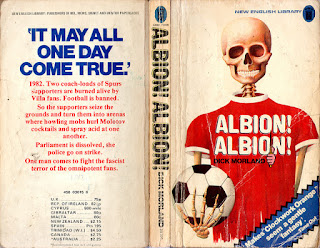 I don't have any regrets about finding science fiction early. After reading some pulp stuff about rockets, I got to B in the adult section and found Douglas Adams and JG Ballard, which made me realise that science fiction wasn't really about technical details and dematerialisation, but about the possibilities and horrors of what we're already doing to each other: utopians and dystopians using future frameworks to hold up a mirror to capitalism, imperialism and all sorts of other -isms. And being entirely indiscriminate, I read all the sub-genres and strands going. I also read Catherine Cookson and Jilly Cooper and Miss Read and all sorts of other things you wouldn't expect a schooled to be reading, which is why I'm not a total snob. 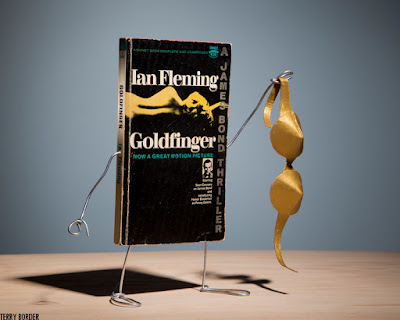 I know that beyond your socially-constructed definitions of quality (and I do think there are differences in quality between say Gawain and Goldfinger), there are socially-constructed contexts and uses for all sorts of text that are all worth taking seriously (one of my friends told me all about Stalag Fiction: Hebrew-language Nazi concentration camp erotica, so nothing about human behaviour gives me the vapours any more. 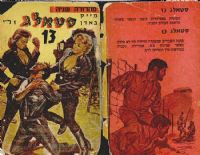 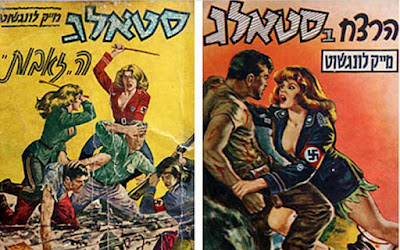 Playtime at school was rather binary: I was either reading a book or being beaten up, usually for reading a book, which apparently was an outward sign of being 'bent' (teenagers then weren't known for their liberal qualities) or a coping strategy for being bad at sport. After a while the thugs got bored and it was accepted that as long as I kicked the ball back when it came near me, my presence would be tolerated. It also led to another distinct occasion on which I realised that I wasn't Normal. Not having a VCR at home (the devil's work) I headed off to a mate's house to spend an entire day watching Vietnam movies. After taking four hours to watch Full Metal Jacket because they kept rewinding it to view heads being blown off in spectacular fashion, I noticed that I wasn't watching it for the same reasons. My friends liked a) gory deaths and b) spotting continuity errors. I didn't care for the explosions but was thrilled by the idea of an anti-war war movie, even one which didn't care about the Vietnamese in the slightest (as Caroline Magennis says, this is why academics can't have nice things – they can't help picking holes in them). I remember sitting there wondering why it felt like my friends and I were watching two different movies: even now I run sessions on reader-response with students in which we talk about where their interpretations come from and why extreme boredom is a perfectly acceptable response to a text as long as you're prepared to analyse its origins. 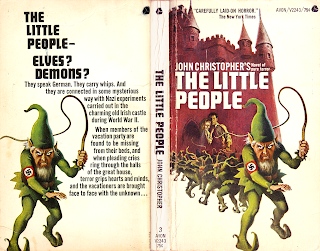 After a while (a very, very long while: 3 high schools and a university entrance via the Clearing system later), the advantages of doing nothing but read became apparent academically. OK, I lacked any social skills whatsoever and couldn't keep up with a bronchitic slug and was constantly disappointed by the real world's lack of style, manners and car chases, but I had acquired some critical faculties independent of the philistinism of the educational system and national curriculum. I'd read all of Jane Austen because she was near the start of the alphabet, not because I'd been told her work was Classic and Important. Rather than being turned off by veiled comments delivered over tea, I found a sarcastic, worried and witty voice which had plenty to say to me despite me being very far removed from stately homes and muddy petticoats. 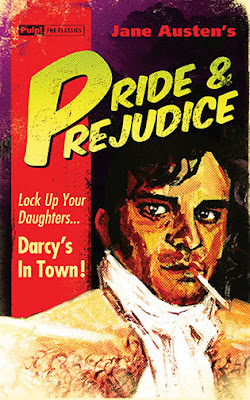 Getting to university after this kind of self-education meant that I was in the right frame of mind to work independently, to resist regurgitating the opinions of others, and to dive heading into any text I was asked to read, then read even more off-piste. It didn't feel like work: Clarissa led to Pamela led to Shamela; Shakespeare led to Gammer Gurton's Needle, The Chester Noah Play and all the other Mystery Plays, but also to Edna St. Vincent Millay, the Harlem Renaissance, and Anne Lister; the Brontes led to Radcliffe and Beckford and Edgeworth, Kate Roberts and Rose Macaulay… It also helped that Bangor University's English department, while being fairly conservative in many ways, was packed with interesting tutors who encouraged people to head off into the unknown, and to take chances: I acquired an education in philosophy, performed (terribly) on stage, got some rudimentary Welsh and ended up doing an MA and PhD. The result is that I still spot odd things and patterns in texts and how people relate to them, but now I get paid to point them out to other people rather than beaten up. Take that, former classmates! 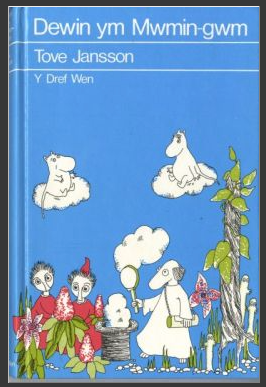 Which is all a long-winded way of saying: if any of this sounds like you, you have a bright future as an academic ahead of you. Well, a future anyway. Wait 'til I tell you about the admin. You'll love that bit.

PS: recent reading recommendations: I've just read Rose Macaulay's The Towers of Trebizond and Shirley Jackson's We Have Always Lived in the Castle. The former seems like a slightly dotty period piece, with one of the most famous first lines ever:


“Take my camel, dear,' said my aunt Dot, climbing down from that animal on her return from high Mass.”

It's on oddity which mixes Brits-abroad comedy, a tinge of Cold War fear, an obsessive interest in the minutiae of relations between Anglo-Catholics, ordinary Anglicans, Catholics and Muslims, which suddenly and belatedly takes a very dark turn. Funny and very moving. Jackson's novel isn't funny at all. I picked it up on a whim and was hooked immediately. It manages to combine light, conversational style with the darkest of psychologies: the 'secret' can be guessed within the opening pages but it's a horrifying, Gothic novel like distilled Faulkner.

I'm going back to random reading over the summer: I've a shelf or two of old orange Penguins. I've put them in order of publication and I've started at the beginning. Next up is Rex Warner's The Aerodrome.
at 17:50

Very enjoyable - thanks. I think I'd agree that education (?) is something you do for yourself, and the more (apparently) eccentric the route followed the better. This approach doesn't always help career-planning of course.

I don't know if all Warner's novels have been reissued; they're all worth tracking down, though they're very different. (The Wild Goose Chase is at once Titus Alone to The Aerodrome's Gormenghast and vice versa.)

Incidentally, I've told the story of my own academic journey (at some length) here and in successive posts.