What I did on my holidays…

This year, I co-organised the Association for Welsh Writing in English conference alongside Prof Diana Wallace of the University of South Wales, with the theme The Country and the City  With Raymond Williams in mind, and recognising challenging new work by urban and post-bucolic authors such as Rachel Tresize and Niall Griffiths, the conference tried to explore themes such as green deserts, the countryside as crime scene, urban Welsh-language culture and much more besides. As usual, we held it at Gregynog, a sprawling and (shall we say 'authentic'?) Victorian stately home (you can't drink the water thanks to the historic lead pipes, but that means you don't have to shave: just splash on some tap water and hey presto! instant depilation) in the rolling hills of Powys. It's a beautiful place, festooned with quality art and surrounded by woods, formal gardens and wildlife. For someone trapped in the mean streets, it's hard to sleep what with the incessant racket of owls, woodpeckers, wrens, buzzards, herons, pheasants and new-born lambs. There's absolutely no mobile coverage, so the only tweeting is of the avian variety, while the wi-fi is much like David Cameron's religious belief (no, not 'conveniently present only in front of conducive audiences'). It's hell being an academic, I tell you.

Keynote speakers were Prof Helen Fulton from Bristol University who traced Arthurian myths about Carleon from Geoffrey of Monmouth  to the contemporary era; Dinah Jones whose mixed-media Welsh-language documentary on controversial author Caradoc Evans is broadcast on S4C on April 12th, playwright and film director Ed Thomas (whose Ceredigion crime drama was made twice, in Welsh as Y Gwyll and Hinterland in English with critical and financial success) and Christopher Meredith  whose poems and novels often explore than porous borders between urban and rural, Welsh and English, prose and poetry.

I recorded short interviews with Ed and Chris, which are well worth watching: they aren't just funny, they're wise and loquacious too.

With speakers from as far afield as Wolverhampton, Brazil (Ugo Rivetti) and Japan (Prof Yasuo Kawabata, who recently re-translated Orwell’s Animal Farm, and Dr Shintaro Kawabata), the 27th AWWE conference lived up to its reputation as a cutting-edge, ambitious event which manages to attract renowned scholars (such as Sally Roberts Jones  who published her first poem in 1952 and read new work on the first night before closing the conference with a superbly provocative paper on the contested definitions of Welsh Writing in English: ‘a bloodsport’ as she put it) while giving new scholars a chance to establish themselves. Aberystwyth student Jamie Harris (a Wolverhampton Grammar School alumnus) won the M Wynn Thomas Prize for new scholars for his article on Iain Sinclair as a Welsh author, while eighteenth-century specialist Heather Williams of the Centre for Advanced Welsh and Celtic Studies won the Open category for her bravura article on Iolo Morgannwg from the perspective of Translation Studies. 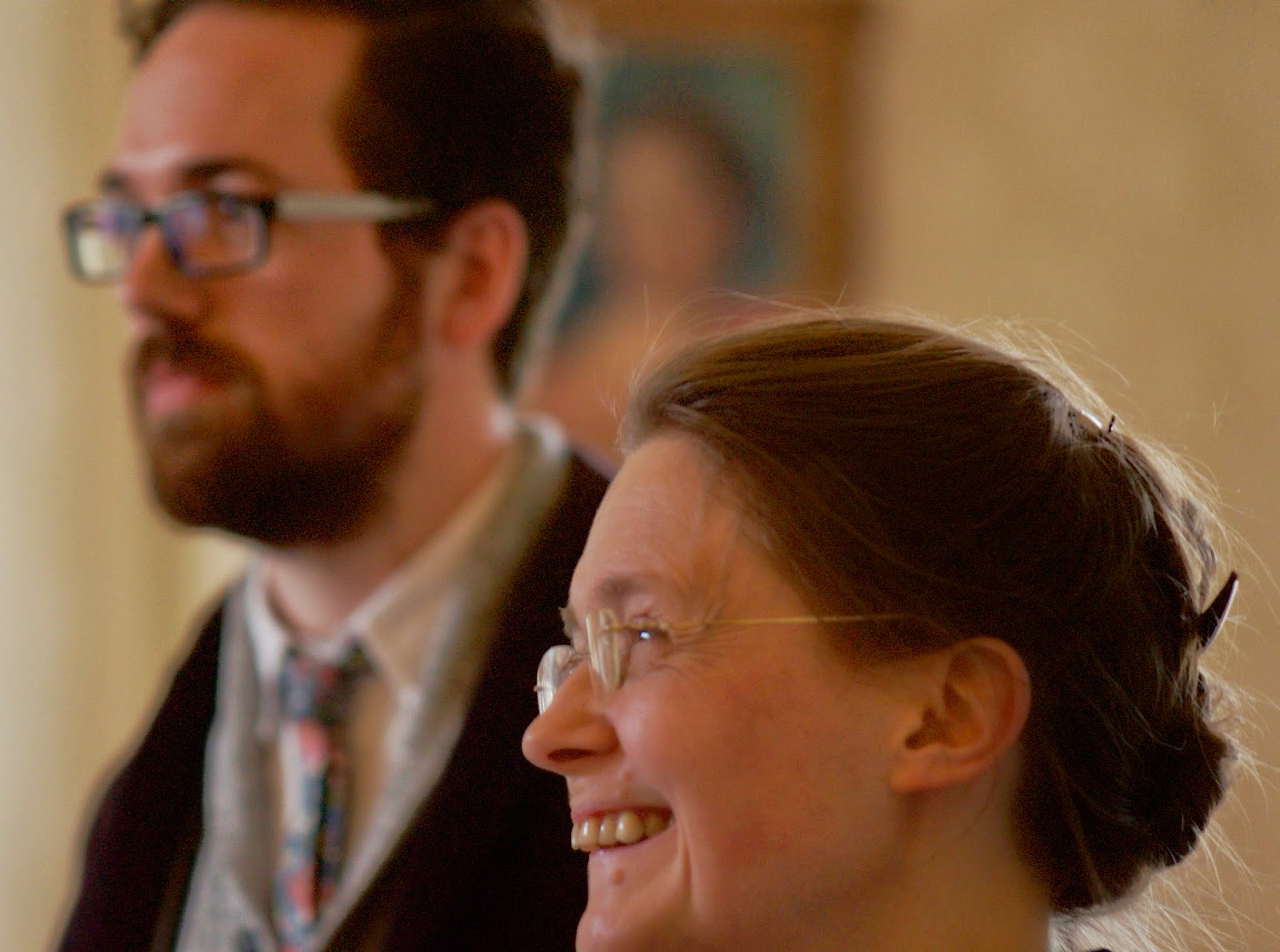 As a competition judge I can honestly say that the field is in for exciting times, and it’s great to see the border between Wales’s English and Welsh-language cultures and scholarly communities becoming a little more porous: Rhiannon Heledd Williams (who is USW's entire Welsh department) was particularly good on this. You can see them in conversation with me these short videos:

Alongside fascinating presentations (I came away with a massive reading list), we hosted a wine reception sponsored by Honno Books  the last independent women’s press, to mark the publication of Lily Tobias’s My Mother’s House and Jasmine Donahaye’s biography of the author: Jasmine’s speech was impassioned and inspiring on the need to restore not just Tobias’s prominence, but that of other female authors excluded from the major publishing series of our time (42 books so far, 7 by women: pathetic).

The panel on Caradoc Evans also produced fireworks as M Wynn Thomas pronounced him ‘a writer of genius…narrow genius’ while author and academic Mary-Ann Constantine talked candidly about how he struggled to read his work which she found alienating as well as compelling. The Welsh Books Council provided a bookshop, which did no good at all for my bank balance, and the convivial atmosphere gained even more energy from the presence of a lively school prom in the building on the first night… Nobody told me that until I turned up, which was a bit naughty. I announced it to the assembled scholars by pointing out that it would of course be entirely unethical to press prospectuses on drunken sixth-formers who may not finished filling in their UCAS forms…

I couldn't possibly list all the excellent presenters and the work they discussed. I went to several covering the works I did on my PhD and learned so much, while others gave me loads of ideas for future work. I can tell you that I'm going to have to spend the rest of what might be laughingly called my career stamping on the fingers of the bright young things clambering up the academic ladder behind me: they are ridiculously bright and seem to have read everything (often in two languages despite being barely out of school. God how I fear the young.

I had to miss a lot of sessions because we had to run parallel panels for the whole conference, but when the wifi worked, Twitter was telling me good things. I'm running @plashingvole and @awwetweets. It's a nightmare trying to separate bitter nasty Vole from thoughtful intellectual AWWE, just like real life (see all the tweets Storified here by @dyddgu and see the rest of my photos here). I can quite understand Grant Shapps's problems with his multiple identities (have you seen his Newsnight car crash? And to think he's a senior figure in one of the world's oldest and most successful political parties).
I can thoroughly recommend organising a conference (or attending one). It takes a lot of work and organising academics is like herding cats but when you can gather together the brightest minds of a generation or two, sparks fly, ideas are refined, new books are imagined and new directions are identified. Talking of which, the British Comparative Literature Association’s 2016 conference will be held at The Dark Place. Get writing.

Before I say anything else: lots of people made AWWE happen. Diana is a genius at putting the right people and subjects together, and nothing disturbed her preternatural calm. Sarah Morse of the Learned Society of Wales knows everybody, looks after the money and knows the exact location of all the bodies. Matt Jarvis and Kirsti Bohata keep the society going in so many ways. The senior professors who founded the association lend gravitas, provide institutional memory and continuity, foster new talent and are so very kind to all: the new scholars provide fresh blood while making the after-hours sessions in the bar unforgettable. I've learned more about honey-badgers and obscure PS1 games than I ever thought possible. It was also great to meet one new scholar who lives near me, one who used to live on my street, and lots of Twitter friends in the flesh (sorry for the face and personality everybody, I'm much better online). The Gregynog staff are unfailingly patient and kind too. In comparison, all I did was maintain a couple of spreadsheets.

As for me: a few days off. Then it's on with the work. Our Star Trek, Who and Foucault has been accepted for a journal as long as we shorten it (bah), we're awaiting the full feedback on a chapter I co-wrote for the Cambridge Companion to Working-Class Fiction but the word is good, I've got to write a conference paper on Caradoc Evans and Brinsley MacNamara for July, and I've two more joint papers to write with a couple of very esteemed academics in the cultural studies and critical management fields respectively, so I'd better sharpen the crayons. And of course there's the Politicians' Fictions event I'll be doing at the Cheltenham Festival in October (the Irish family were most disappointed that it's not the same thing as the horse-racing event). Working title currently 'Legs and Legislation: Politicians' Fictions and the Crisis of Democracy', given the preponderance of stockings-and-high-heels combinations on the dustjackets.

Sooo jealous! But thanks for the flagging of the BCLA conference in 2016. We can't compete with the setting, but the intellectual content should be just as stimulating. The theme is 'salvage' - just think where that can take you!