The Tory Taliban Taking Over Our Schools

According to Michael Gove, you need a former anti-terrorism spook to sort out the mess in Birmingham's schools. Homophobia is rife. Children are segregated by sex. Respect for other cultures is sorely lacking. Misogyny is the order of the day. Little respect is shown to the lives and beliefs of others. Schools must inculcate 'British values'. 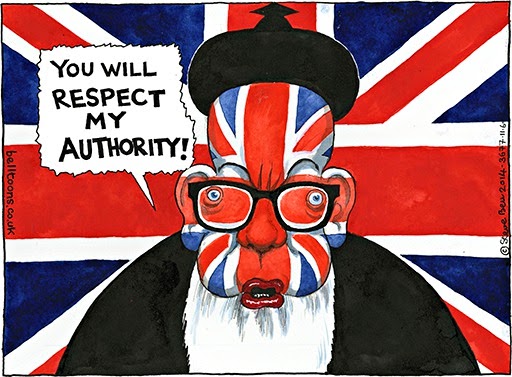 It seems unlikely that Gove is the standard-bearer for multicultural, progressive values. Like most of his Cabinet colleagues, Michael attended a fee-paying school, almost of all which were single-sex. He even complained that there were too many Old Etonians in the Cabinet! At least school drop-out John Major has a leg to stand on.

What did Mickey and his chums learn in their posh single-sex schools? Largely, I suspect, the homophobia, misogyny, chauvinism and social Darwinism they detect in these Birmingham schools. If he really is against segregation, he should be looking very closely at Eton and all the other private schools.

What are these 'British' values he intends to promote? Anyone with half a brain should assume that it's just an empty signifier for stuff the Daily Mail will like (not stuff the Mail will actually do, of course: its owner lives in Wiltshire mansion while claiming to be a French non-dom for tax purposes while the paper is itself owned through a series of Bermudan shell companies). While British right-wingers complacently mutter about 'fair play', decency etc., two-thirds of the world's nations were invaded by Britain at various points, up to the last decade. To them and many of us, Britishness means illegal wars, torture, invasion, occupation, exploitation, the invention of concentration camps (during the Boer War), the industrial murder of political activists, the crushing of native languages (Wales, Scotland, Ireland), the deportation of entire peoples (the Chagossians for a start), UKIP, Jean Charles de Menezes, stop-and-search, cops sleeping with environmentalists to spy on them, zero-hours contracts, a Prime Minister who thinks buying the products of slavery is a matter of consumer choice, slavish devotion to whatever the United States wants at any particular moment, the bullying possession of nuclear missiles, support and weapons for the most disgusting and oppressive governments – apartheid South Africa, Iraq, Pinochet, Saudi Arabia – conscious support for tax havens to stop developing (and developed) countries claiming their rightful share of taxes to fund public services, ATOS, privatisations galore and of course a comfortable bolt-hole for plutocratic dictators, oligarchs and other thieves to hide their billions in.

What a cynical view. Of course, there's another Britain - that of the NHS, the National Trust, poets and Chartists and Tony Benn, the Guardian and allotments, trades unions, political party members, Swampy, cricket, trainspotters, the Kinder Scout Mass Trespass, Tolpuddle, striking miners, the Poll Tax rebels, eccentrics, Ivor Cutler, Stereolab, Pulp, John Cowper Powys and Mervyn Peake, Peter Tatchell, Shami Chakrabarti, Mary Beard, Gareth Peirce, Edward Carpenter, Dennis Skinner, the Mitfords (well, Jessica anyway) and a whole panoply of square pegs in round holes. The country that sheltered Karl Marx. That's our Britain, in a sense. The difference between them is power. 'Their' Britain is the captured state, used for pursuing the narrow ends of a small elite group. They're an unwieldy coalition, most clearly captured by John Major's evocation of a Britain of:

This is the Britain he and Gove claim to want: ruralist, monocultural, gentle, conservative with a small c. Sadly the cricket ground is now a car park, the beer is Carling, the suburbs vote UKIP and the old maids (very patronising) get hit by lorries.

The problem is that everything they do subverts the Britain they claim to want. Gove talks about freedom but is now personally in charge of thousands of schools once democratically overseen by elected councillors. He's handed them over to his corporate friends (I genuinely don't understand why parents aren't rioting over their kids' schools being handed over to carpet-makers and creationists hedge funds) and they're being milked dry. Take Sir Greg Martin, of the Durand Academy. As head, he earns £230,000, about £20,000 more than the VC of my university and much, much more than the Prime Minister. This is all taxpayers' money, of course. But that's not all. Clever Sir Greg has another job on the side: he owns GMG Ltd. What do they do? They run the school on a day-by-day basis. That's another £256,000 for paying the rent and doing the typing. No doubt it's a complete coincidence that the headmaster's company got the job and it was all done at arms length: they were subcontracted by London Horizons, a company that, completely coincidentally trades from Durand Academy. Then there's PLMR Ltd, which handles the school's PR needs (I know, I know: a school 'needing' PR): entirely coincidentally, it's owned by one of the governors.

So we have taxpayers' money, handed over by us for the provision of public services, diverted to the profit margins of various sharp spivs, and it's happening all over the country. Whatever these 'British values' are, the actual practice is the commodification of education in a profit-making system. I'm pretty sure some of these Birmingham schools have overstepped the line (I'm an atheist who only ever went to hardline Catholic schools, so I'd ban all religious involvement), but as far as I can see, the only fundamentalist who matters is the extreme right-winger running Britain's schools from his desk. The central tension is the enduring one in the Conservative party: how to persuade small-c conservatives who care about woodland, badgers, jam, church, litter, politeness, public services etc. to vote for a party whose elite wants to sell off forests, schools, the NHS, social work, and literally everything else to multinational corporations. I don't know how they manage it, but they do.

I also think there's a massive stench of racism about this persecution of a small group of schools attended mostly by Muslims. There's no equivalent inquiry into the segregationist, exclusive teachings in creationist Christian schools, the few Jewish schools, the Sikh Free School near me, or the market-fundamentalist Academies. This is dog-whistle politics of the very lowest sort. It tells UKIP and BNP voters that they can come back to the Tories because the party understands that Islam isn't compatible with Britishness, that all radicals have brown skin, that the country's problems are caused by a few bearded terrorists in urban slums who need rooting out. The Enemy Within isn't the Catholics or the miners anymore, but there's always another group ready to fill that role. 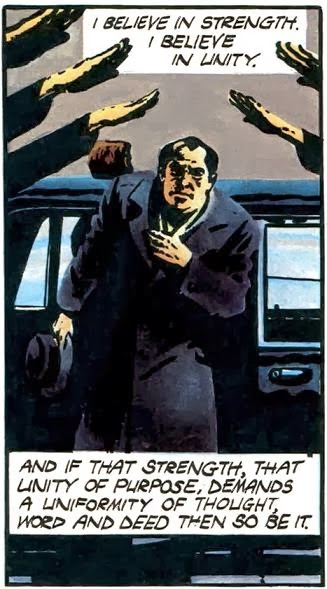 It's hard to distinguish between the current government's crew of spivs, thieves, liars and crooks (Andrea Leadsom's finances stink to high heaven) but I think I only really hate Gove and Hunt. The others depress me, but those two just press all my buttons. They don't even pretend to be acting in the public interest any more. They're simply the front men for a great big auction. Gove in particular reminds me of Alan Moore's V for Vendetta. In the original graphic novel, the Conservative Party has morphed into a fascist one, named Norsefire, which trades explicitly on Anglo-Saxon Protestant values. It's lead by Adam Sutler. Its logo is a cross, religious and ethnic minorities are crushed, and its slogans include 'England Prevails' and 'Strength Through Purity, Purity Through Faith'. 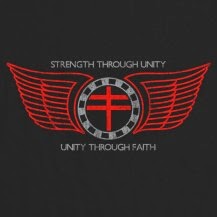 As Gove continues his crusade against liberals, teachers, Birmingham and brown people, the only difference I can see between him and Sutler is that Gove's capitalist fantasies are much more deep-rooted than this racist culture war. I think he's even more cynical than the genuine fascists: he's prepared to court their votes and throw them some red meat as long as he can continue giving away the state to his elite corporate friends.
at 13:31

sounds like these jokers are so-called GMTA friends with the Vegara v. California bunch over our way

I've been following that. What a disgrace - and the courts are falling over themselves to destabilise a decent system. You all have my sympathy.

the sympathy is mutual ~ going on all over. Fort Apache the classroom. I keep reminding higher ed and adjunct colleagues that what happens in K12 does not stay in K12