Last week we had the enormous pleasure of Eimear McBride visiting us. I put her debut novel A Girl Is A Half-Formed Thing on a first-year course last year and was stunned by how strongly the students responded to this experimental, poetic, harrowing novel.

This year, Eimear kindly took a class with the second group of students to study the novel, reading beautifully from the text, discussing the process of writing, editing and (eventually) publishing it. She took their questions seriously and answered them in depth. I particularly liked the way she insisted – with considerable grace and no trace of ego – on her right and that of other women to engage in modernist fiction and 'high' literature, often portrayed as a boys' club. Joyce, she told us, did women beautifully but left room for the interior voice of women in the modernist tradition, a task Eimear fulfilled with astonishing success. Her novel's linguistic style, she said, is 'about the point before consciousness, about experience before language tells you how to feel about it' – just what modernism tried to do. Her return to modernism, she says, is fuelled by a distaste for the distancing irony of postmodernism, an attitude shared by my friend and our writer in residence Niall Griffiths. Asked to recommend other forgotten modernist authors, she recommended Dorothy Nelson's In Night's City, which I've now ordered. She also put in a word for Edna O'Brien - rightly so. 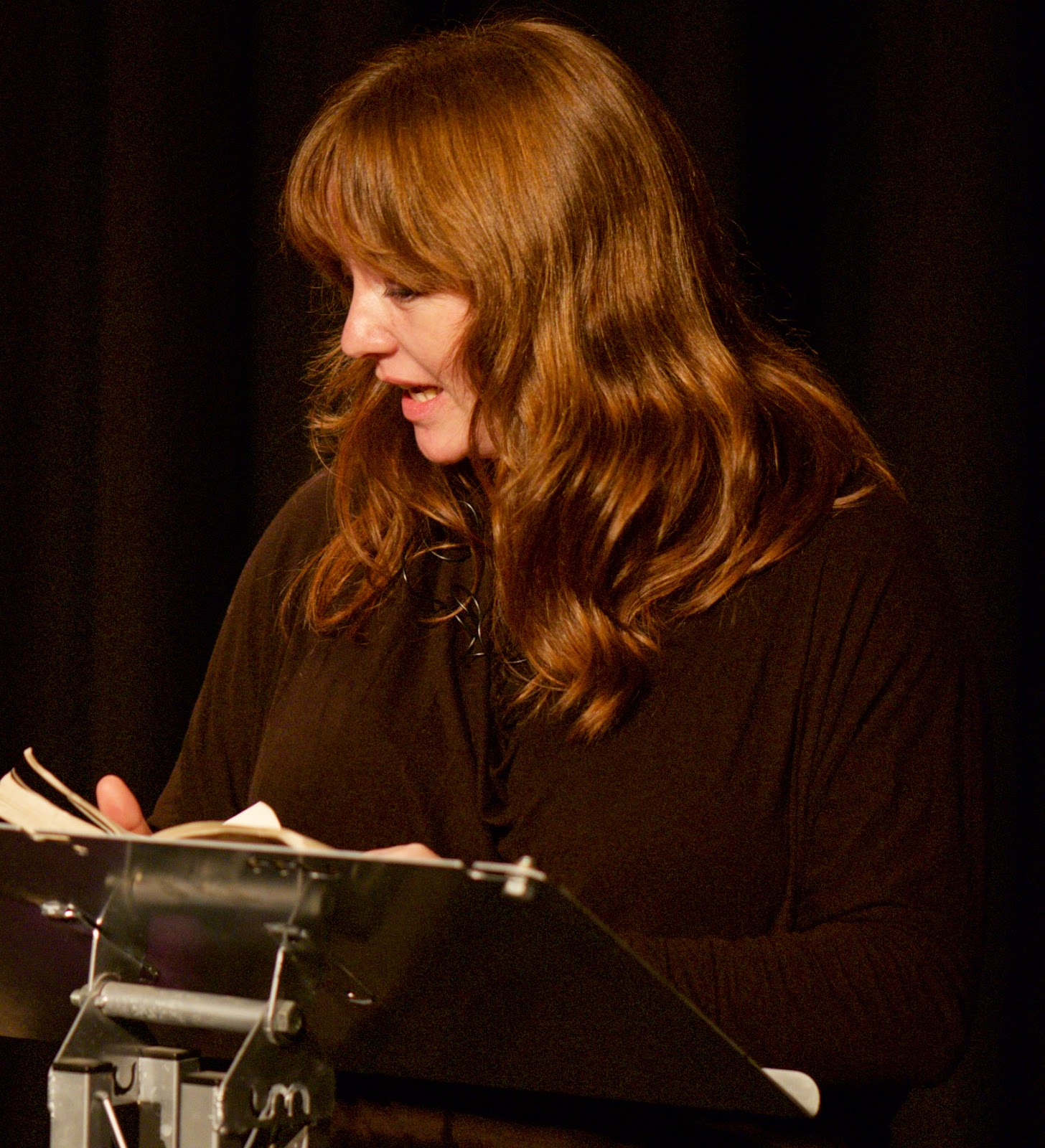 We talked about the experience of being reviewed, and the way misogynist attitudes can crop up in even the most appreciative assessments: James Woods' review in the New Yorker was positive and perceptive, but still described the rape of the 13 year-old central protagonist by her uncle as the start of


a sexual relationship with her uncle, an affair … a sexual encounter

Interestingly, she said that Australian reviewers and audiences are interested in the (largely self-destructive) sex, whereas British ones talk about style. What that says about both cultures, I couldn't possibly say, but Eimear is very clear about the need to address uncomfortable material and to find a style to suit: 'If you don't want to offend or write what you're compelled to write, don't bother. There are enough bad writers out there'. Invited by the students to name the worst book she'd read recently, she politely declined in case someone (who, me?) tweeted the name. Let's just say she's an exacting and discerning reader who thinks life is too short for adults to read children's fiction. 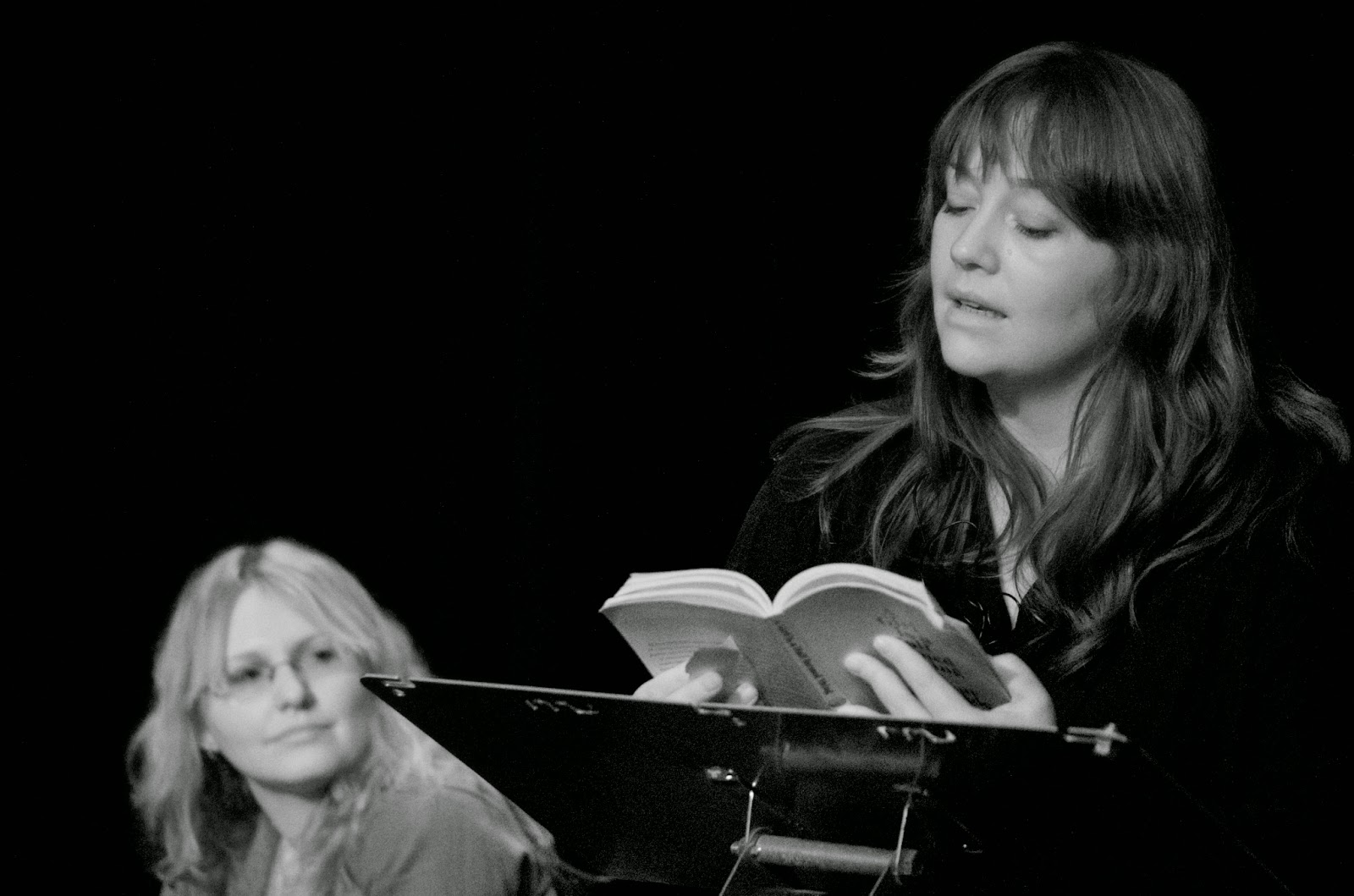 Irish reviewers have also been positive. Anne Enright in the Guardian called her a 'genius', which Eimear said would only be a problem if she believed it were true (it is) and was a deliberate attempt to end the critical reluctance to apply the term to women. One un-named reviewer accused her of being a 'court jester' to the English (the same treatment given to Caradoc Evans and Brinsley McNamara) but the rest were positive. Eimear has strong views about ghettoising work by sex, nationality or genre: her books, she says, are in the prize-winners' section in the shops. Retort of the day, I thought: she's won 5 literary prizes for this novel no publisher would touch until Galley Beggar took it after a chance meeting. She also had this to say on the subject: 'Novelists who accept the post of representative of a particular group tend to turn out to be shit'. Biographical readings also get short shrift: this is a novel, not a misery memoir.


In the evening, Eimear gave a public reading and Q+A session to a paying crowd at the compact and bijou Arena Theatre (thank you!), which was also a triumph thanks to her and my colleague leading the conversation. On the subject of being a writer of 'women's issues', Eimear was very clear. Modernism may have been a boys' club, but it had to make room. She is a writer, not a purveyor of women's writing, but her novel makes space for a female character for whom sex is not a route to love but a way to make choices again and again, whatever the consequences. Asked again about prizes, she said this: 'I like winning prizes but the writing is all that matters. Fuck the rest of it': the creative writing students were left under no illusions: write because you're compelled to write, not because it's cool to say you're a writer, or because you want to be famous.

I already had an autographed copy of A Girl which I've kept pristine, so I asked Eimear to sign my battered, heavily annotated teaching copy ('a bit stalkerish', she said). I got her to write 'all your theories are completely wrong, and she laughed! 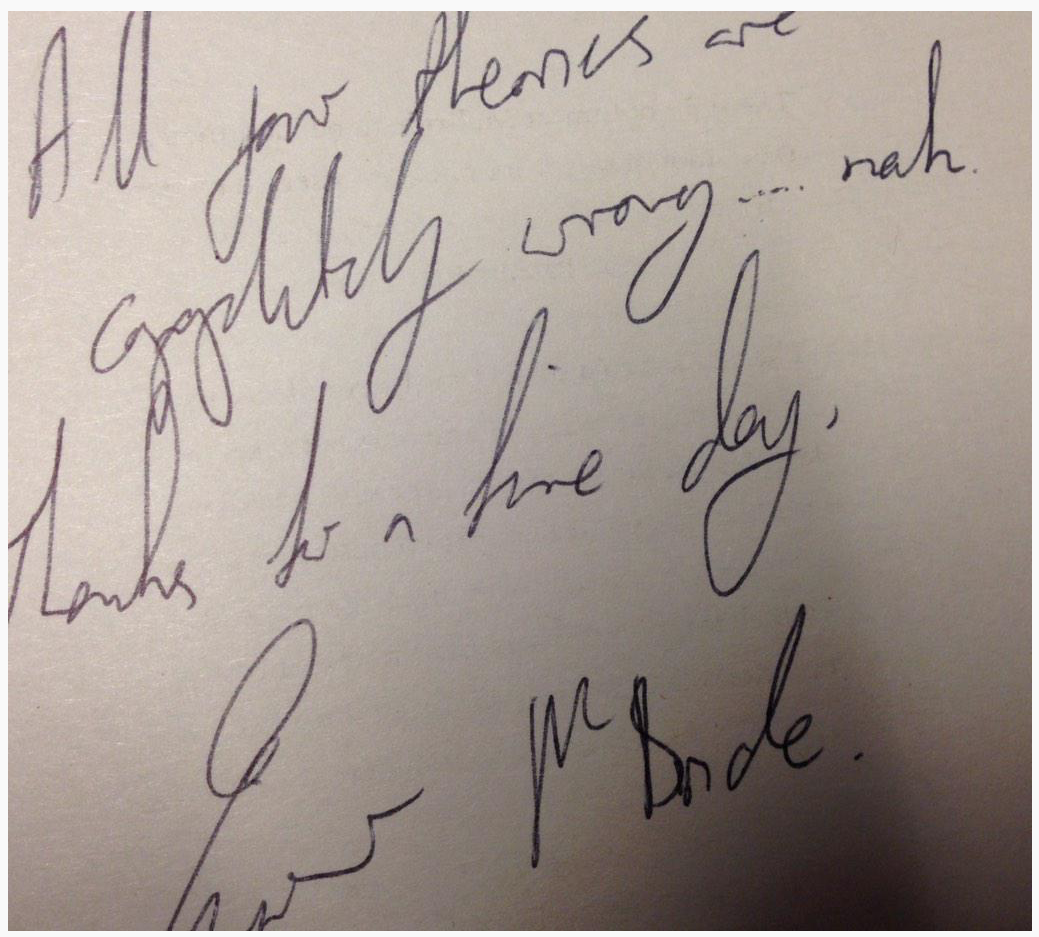 Then we went to dinner and had a brilliant night. It's not all work, work, work. Thanks to Eimear, my colleagues, the students and guests. If you're sad you missed out, here's a short interview we recorded with her.