A Week in the Stacks

This is the end of a week at Gladstone's Library in Penarlâg/Hawarden - one of the few (only?) prime ministerial equivalents of a Presidential library of which there are many in the US. One can only imagine what will be in the Trump Library: tweets and subpoenas plus – one can only hope – illiterate letters to Fox News anchors written on toilet paper and smuggled out from his cell.

Gladstone's Library is rather magnificent. The core collections are his own theology, history and literature holdings, held in a lovely Edwardian-neoMedieval complex which looks like it was plucked from the banks of the River Isis and dropped in this border village. Gladstone himself was clearly a character: one of his books bears the comment 'this generally worthless volume', while the church ceiling has a patch where he impatiently decided that he could repair it better than anyone else, before giving up in the face of the scale of the task. There's a slightly feudal - and border - air to the village too: the Gladstones still occupy the local mansion and estate (which you can't even glimpse) and have endowed anything that isn't moving.

It's been a wonderful week. I've just sat here in beautiful surroundings, working away on turning my PhD into a book, and spoken to virtually nobody. Those I have spoken to have been interesting and lovely. It's going to be hard to leave, but the resit marking waits for no man. I'll be back, and next time I'll book well enough in advance to get a room here rather than in the b-and-b, good as that was.

Focussed on work as I have been, I've really only read critical texts: John Jenkins's PhD on masculinity in Valleys novels (which I examined and like a lot); Emma Smith's Masculinity in Welsh Writing in English, Harri Garrod Roberts's Embodying Identity: Representations of the Body in Welsh Literature, and William Germano's From Dissertation to Book - all highly recommended. I did zip through a battered old Penguin copy of Wodehouse's Uncle Fred in the Springtime at the weekend, and I've almost finished Stevie Davies's Awakening: a superb neoVictorian evocation of the impact of Darwinism on nonconformist belief, taking in sisterly relations, female desire and Anglo-Welsh relations along the way. It's subtle, unflashy and rather wonderful.

Some random pictures from the last few days: 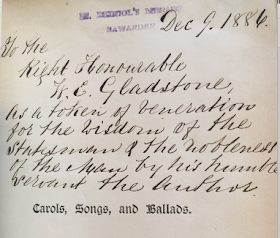 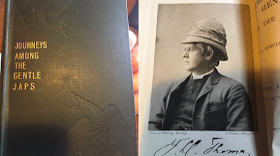 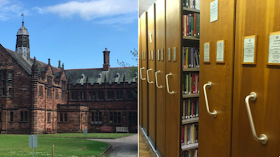 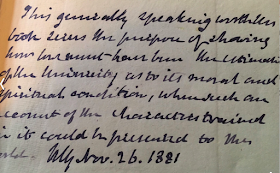 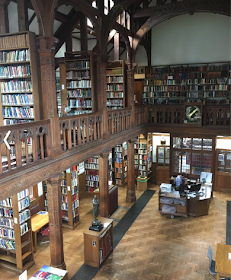