There's a lot to talk about isn't there? However, life is way too busy and grim for blogging at the moment. In the interim, here's the letter I sent the VC after his scripted, 13-minute address announcing mass redundancies at my university. I'm aware it's deeply pompous but that's because I'm an institutionalised husk of a human being at this point and the alternative was the notorious Sharon Osbourne method. 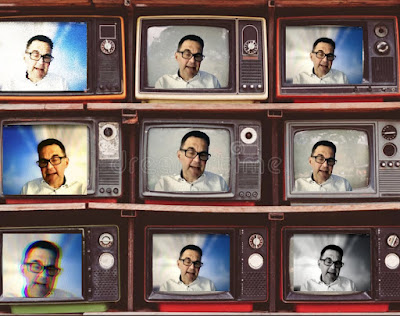 Dear interim Vice-Chancellor (cc’d to the Chair of Governors),

I am sorry to have to write to you in this fashion, and colleagues have warned me that putting my head above the parapet on my own will lead to some form of revenge, but I feel that your behaviour and that of the University Executive Board has departed so far from the civilised norms of higher education that I could not allow your behaviour to go unchallenged. Plenty of my colleagues are in early career positions or insecure employment and will be reluctant to express their views even given the opportunity so I feel it’s my duty to represent them.

Yesterday’s Teams event announcing a huge swathe of redundancies and course closures was unfortunately not the first time I have witnessed a Vice-Chancellor announce a redundancy exercise. Several years ago, Professor XXXXX instituted a programme of cuts following management’s failure to accurately report student numbers to HEFCE.
In contrast to yesterday’s event, Professor XXXXX made the announcement in person and remained in the room to take questions and respond to colleagues’ views, many of whom urged her to resign. It was a deeply uncomfortable meeting for all concerned but at least she had enough respect for colleagues to stay and listen.
You will no doubt hear from me and many other colleagues about the substance of the current situation should the opportunity arise, but I wanted to put on record my absolute horror specifically at the way you communicated to staff yesterday. Your framing of the situation was evasive and selective to the point of dishonesty. Your decision to read from a script and then depart after 13 minutes without allowing colleagues to post views in the chat or to ask you questions conveys total contempt both for employees and for the longstanding academic tradition of critical enquiry, and came across quite frankly as cowardice. Rather than engage with people about to lose their livelihoods, you opted to mimic the widely condemned tactics of P&O’s chairman Peter Hebblethwaite, who also fired his employees via a video message.
In your initial message to staff you told us you were a ‘people person’. Blatantly refusing colleagues the opportunity to express their views implies a very different definition of the phrase to mine and breaches the democratic traditions of this institution and I invite you to reflect on your conduct as we negotiate the coming months. Having served on the Board of Governors for several years I am aware that hard decisions affecting peoples’ lives have to be made. Refusing to listen to a single word from those people or to explain yourself is simply disgraceful.
This institution is packed with experts in relevant fields from finance to corporate governance to communications: refusing to engage with them as they face the loss of their livelihoods indicates a very unhealthy attitude unconducive to the restoration of the institution to which we at least have devoted our working lives. I may be old-fashioned, but I cling to the idea that Vice-Chancellors are not corporate CEOs at the top of a pyramid, but colleagues with particular but not more important duties to lecturers, administrators and manual workers in a collegiate enterprise serving our students and the pursuit of knowledge. Your behaviour yesterday was far from collegiate and I urge you to reflect on whether it will help or hinder the institution and its people.